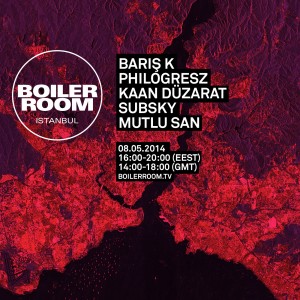 With an invite-only door policy and super secret location, Boiler Room started in March 2010 by Blaise Bellville and Thristian Richards a.k.a. DJ bPM as one of London’s most exclusive music venues. Richards was working at that time at the record store Sounds of the Universe and was also the right hand man for BBC’s finest Gilles Petersen. Bellville was editing Platform Magazine and invited Richards and Edmund Femi Adeyemi, who founded later NTS as one of the most important radios for independent music and culture in the UK, to compile a mixtape. After a brief chat they decided to do it live using Ustream. The first session (Office Jam) was received well so they invited friends to join every Tuesday evening for having a good time with good music at a drink. Thanks to their extensive network they had the chance to extend the program with artist like Gaslamp Killer, James Blake, Floating Points and Jamie XX among others. With a constantly grewing popularity over the last four years, Boiler Room holds now residencies in London, Berlin and Los Angeles as well as broadcasting shows out of Paris, São Paulo, Mexico City, Toronto, Sydney, Ibiza, Madrid, Barcelona, Amsterdam, New York, Vienna and many more.

Boiler Room differentiates itself from other video streams in a way of making the artist comfortable to play whatever he wants to play. The relaxed atmosphere of being surrounded by friends enables artists to be themselves and not being stressed of having a hordes of groupie filming with their smartphones. DJs/Live-acts have got their back turned to the crowd, so no looking-up or reading of the crowd is required but just being immersed into the music. It’s also not a party where people came to dance, it’s rather an appreciation of good music which can be certainly accompanied by dancing. However, it’s does not have to happen.

Richards said once in an interview that “it’s all about finding people that understand what Boiler Room is all about and creating a good session”. It seems that they found the right set-up in Turkey now and we as EDHID are delighted to welcome Boiler Room in Istanbul live on the 8th of May 2014. The excellent line-up lists Baris K (Aboov Plak), Amsterdam-based Philogresz (Echochord Records), Kaan Duzarat (Vesvese, FOC Edits), Cervus a.k.a. Subsky and Mutlu San. Ready to dance in front of the screen? 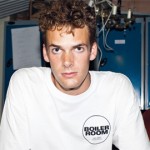 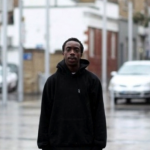