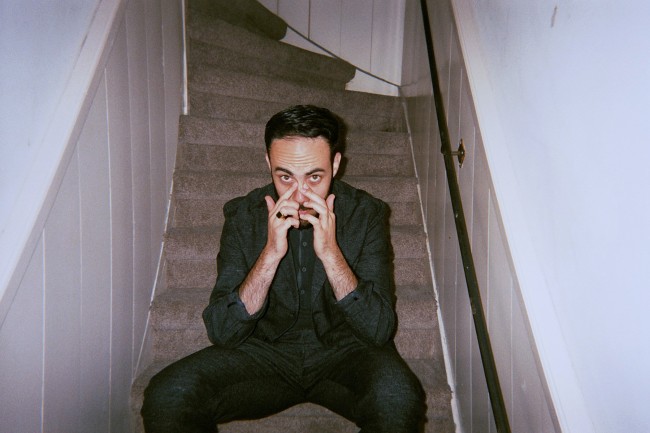 Where do you feel home?
Amsterdam.

When was your first contact with music?
Ever since I can remember I had these crappy little keyboards as toys. And Turkish music in the house all the time of course, my mission as a child was to buy as many cassette tapes as possible every summer in Istanbul.

Which was your first record bought and what memories do you associate with it?
The first vinyl record I ever bought was Big Pun’s ‘Capital Punishment’. I had just found a record player in the house that my parents weren’t using and was listening to all of their old records for weeks, but I really wanted to buy some myself. One day we walked by a record store in Amsterdam, the legendary Fat Beats. I ended up in a dark basement, where they were playing really loud hip hop, with my parents and little brother. Big Pun’s album had just come out and they were playing it, so I got that, and (mainly because of the cover) Akinyele’s ‘Aktapuss’.

Do you collect vinyl? If yes, which is your favourite record store?
There have been years that I used to buy new records every week, jazz and soul mostly, for sampling. These days I just buy records that I really want, stuff that I want to sample, and records by friends and artists that I want to support.

What brought you to do DJing?
There aren’t a lot of things better than sharing music.

When and what was your first mix?
A long time ago, for a Dutch radio station called Lijn5. Just beats if I remember correctly.

How would you describe your style?
With Beraber, for me it’s just about making and sharing music to dance to. Could be anything from jazz to house and disco to techno.

Which medium do you use to play?
CDJ’s.

What are your favourite spots to play?
Any place where people are in a good mood and ready to dance.

Which record is your secret weapon?
Never hurts to slip in a little Vikter Duplaix or Peven Everett.

What is the best and what is worst thing about DJing?
All about creating the right vibe I guess, and making sure everybody in the room is feeling the same thing. All love when that happens, whether or not I’m playing myself.

What is your personal hangover killer?
As much food and as many episodes of whatever series I’m watching as possible.

Which art comes second for you after music?
Nature.

What comes in your mind when thinking of Istanbul?
Friends, family, tartlets and ferry rides.

What can we expect next?
New music hopefully! Some new collaborative releases that have been in the making for a while that we’re hoping to get out asap, and new solo stuff as well.

You can listen to an exclusive mix of Beraber at our DOGMATIC radio on Istanbul’s finest Dinamo at Wednesday Midnight, 4th February (GMT+2).