No sorrow talk with Alex Niggemann 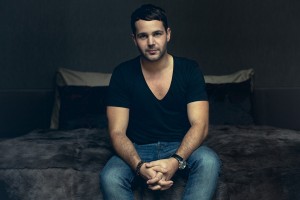 Dusseldorf-born, Berlin-based DJ and producer Alex Niggemann’s passion for electronic music started early when he emulated his brother’s rave deeds and the formative experience of how a DJ manipulates a huge crowd of people motivated young Alex to be among the first customers at his local record store in order to pickup limited bootleg releases. Even hesitant in the beginning, he and his friend shared ultimately their remix for Booka Shade’s ‘Darko’ that achieved top rankings in 2006 and initiated a series of quality releases as well as a rapid ascent into the international DJ elite. After providing festival hymns with his Earth Symphony EP on DJ Sasha’s Last Night On Earth imprint, Alex Niggemann returns to the stage with giving Bon Homme of the Danish Band WhoMadeWho a tow for his new Sorrow EP on Watergate Records. We had a chat with him before his appearance at RAW Istanbul.

Hi Alex! What attracted you to electronic music in your native Dusseldorf?
Dusseldorf had a big rave scene during the ‘90s with influential clubs like Tor 3, Poison or Tribehouse amongst others. My first contact with electronic music was via my brother who used to attend to the first raves all over Germany. I recall that he invited his friends to our garage at weekends and played music to them through two non-pitchable turntables. A key moment for me was at the age of 16, when I first listened to Ken Ishii at club Tor 3. I was fascinated how someone can move or even manipulate an entire crowd of people by playing music. This formative experience motivated me to start buying records and practice with my brother’s turntables on every occasion when he wasn’t at home.

You worked for a short period of time at Get Physical Records and accompanied the label founder DJ T. at his gigs. What was the most important lesson you learned from this chance to have an external view on the DJ business?
I came to Berlin in 2005 for my studies in audio engineering. At that time, a friend of mine was working for Get Physical and I helped him with digitalising records, driving artists to festivals etc. It wasn’t really a job but a very interesting opportunity to experience the whole industry from a backstage view, i.e. learning about the less publicly known aspects of the DJ business like the high stress level, jetlag, less or no sleep at all. Nevertheless, I realised soon that all of these are worth suffering for the few hours on stage where you really feel and share the love of music with the people.

You don’t have the chance to discover the culture of the cities you play, right?
For me personally, experiencing foreign cultures doesn’t mean to visit all cultural sights of the city. Having conversations with locals and elaborating the differences in peoples’ approach to life are part of the respective culture as well.

You are playing clubs around the world. Do you think that venues pay enough attention to their sound systems?
I remember amazing times at Berlin’s Bar25 with just playing on the hi-hat because there wasn’t really a kick audible and no one was complaining about. Hence it depends on the atmosphere of the club and the audiophile affinity of the persons behind. There is no “one good sound system” and it also doesn’t depend on the price tag. It hinges on the combination of the sound system with the premises. Actually, you have to try different sound systems with assistance by a sound engineer in order to figure out the ideal set-up. Most of the time, you arrive at a spot and your host enthuses about their superb, high-class sound system but you can hear it even from outside that no sound engineer was involved. I experienced that playing ambient at badly tuned premium system sounds like minimal which makes absolutely no sense.

Do prefer to take breaks from DJing while producing music or does the clubbing experiences motivate you to produce even more?
I’m definitely more productive during breaks. All the experiences during my tours inspire me significantly but most of the time it’s simple too much. I’m much more efficient if I have time to digest all the information collected and to draw on them afterwards during my time in the studio. The available studio time is usually too short while touring. You are coming home on Sunday completely exhausted and after few days in the studio you start already on Thursday again to listen to promos and buying records for the weekend. I decided to take a break of three weeks after the BPM festival in January, for instance, simple because I think it’s necessary to have a creative period that will not be interrupted by a busy travel schedule.

You recent EP Earth Symphony on DJ Sasha’s Last Night On Earth imprint received serious support of the international DJ elite. In which way will the in vogue trance-esque house sound develop in future?
It will always change and even the underground scene is following certain trends. I always try to stick to my principles and if you go through my discography you can recognise that my sound changed continuously over time. ‘Assign Me’, one of my first productions from 2008, would also match with today’s hip sound. The issue is that some producers overdo the use of commercial trance arpeggiators as we used to know them from Marusha in the early ‘90s just with the hope to produce the next hit record. The actual challenge of nowadays sound is to find an ideal balance between hinting trance melodies and returning immediately to the minimal house track structure. Most of the productions that call themselves now as techno are rather trance with a slower drum programming but don’t really convey the true techno spirit.

In 2012, your released your debut album Paranoid Funk. What is your personal challenge for your next LP?
My first album was completely aligned for the dance floor. Some critics may rather expect to have techno DJs who produce ambient albums but for me it made sense that the debut long-player should establish a certain sound for the artist’s reputation. I have some ideas in my mind regarding a follow-up album and the only thing I can say is that it will be more song-oriented just because of my musical background with taking piano lessons since the age of 4 and the strong influence of hip hop during my time as a teenager. I just want to demonstrate my musical versatility this time and this may include collaborations with artists from different genres as well.

What is your view on remix duties? How do you select your remixers?
I listen to every request and try to reply to all of them. The original simple has to catch me immediately and not at the second or third listen. I became more and more selective over the years because I perceived it as a real burden to create an output that meets my musical requirements out of something that I just accepted because of the artist’s or the label’s reputation in the past. As an artist, you always have a list with favourites but you have to work hard for it so that your productions attract the attention of these reputable musicians. I’m really glad that Ripperton and Matthew Dear accepted immediately to remix my Materium EP on Poker Flat and think this is also the outcome of my musical development during my career.

“Frankly said, it depends on the quality of the music and not on the medium that conveys it.”

After Soulfooled, Aeon Records is your second label that you founded. What sound aesthetic and release policy do you target with the label?
Being in the music business since years, I heard many empty promises. My ambition with the labels is to do it actually better by providing a quality platform for young talents. The release policy has to be mainly digital nowadays. Of course, most of the artists ask for a vinyl release but running a label today is not a highly profitable business and investing a significant amount of money in vinyl pressing represents a substantial risk since it is high likely that the majority of the pressing will be returned to you. I’m happy to provide every artist a dubplate of the release but unfortunately, even if I am a vinyl lover as well, I can’t ensure to have a vinyl release for each catalogue number. In any case, artists should clearly set their objectives as well. I don’t think that releasing on a vinyl-only label facilitates establishing an international reputation. Frankly said, it depends on the quality of the music and not on the medium that conveys it.

What can we expect next?
I collaborated recently with Bon Homme, which is the singer of the Danish band WhoMadeWho, for my new single ‘Sorrow’ on Watergate Records. Remixes are coming from Deetron and Marco Resmann. Official release is scheduled for 25th of November. I will also tour South and Central America before the BPM festival in January 2015.