A decade of Systematic dance 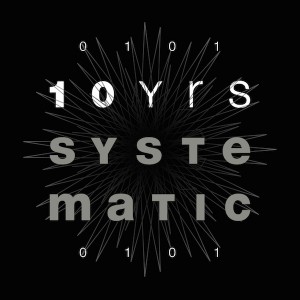 Marc Romboy knows how to rave and one of first collaborations under the moniker Unknown Structure was already an essential tune at Mayday in 1992. His Discogs profile describes him as a Teutonic boogie machine, an expression that already hints the sound aesthetic of Romboy’s very own Systematic Recordings: jacking Chicago House reminiscences meet funky break beats and are tightly packed with a dash of acid into a clean production style that is manifested by artists like Blake Baxter, Cevin Fisher, André Hommen, Jimpster, Martin Landsky, Ripperton, Stephan Bodzin or Rodriguez Jr. amongst many others.

French producer Rodriguez Jr. shares the mixer with Romboy frequently in the studio, so it goes without saying that the collection in compliment to Systematic’s 10th anniversary includes an exclusive contribution by him that he describes as the following:

“When Marc invited me to be part of this anniversary compilation, he asked me for something different, warm and melodic. As I only had a very short time, I went through my hard drives and found this cool line in an old unfinished track — I actually have loads of unfinished stuff and audio notes in my laptop, which I use as a sketch pad while travelling.  I eventually built a very basic structure up, because I wanted to keep things very fragile and minimal in order to push the melody upfront. On the production side, it’s also very basic: only a few sounds from Logic EFM1 and my old beloved DX7 going though an Eventide for this special effect.”

10 years Systematic Recordings compilation is out since 10th November 2014.