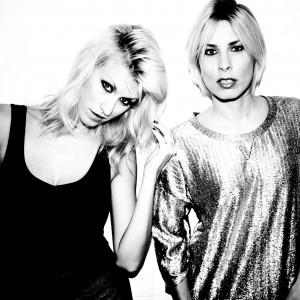 Standing behind the decks since more than a quarter of a century, Tangun and his collective 909 Productions started enriching Istanbul’s electronic music scene in the early ‘90s by running legendary clubs like High End, Crystal and 11:11 as well as organising festivals.

The collective’s message is not over yet and they are ready to embark on a deep vision of house and techno with their new offspring RAW in Istanbul’s hip neighbourhood Karaköy. RAW’s futuristic design blends in with a state-of-the-art light show and gets boosted musically by a Function-One sound system. International renowned artists and 909 Productions’ residents will ensure that RAW is going to take its very own position in Istanbul’s clubbing landscape and EDHID’s ‘In Clubs We Dance’ series.

The opening weekend kicks off with local heroes as the man himself Tangun, Cure-shot, Baris Bergiten, Fattish and none other than Kompakt’s charming duo Blond:ish with whom we had an amusing interview recently.

Enjoy the read and listen to Blond:ish’s set recorded live at Kompakt’s ADE 2014 party as an appetizer for the RAW opening.

Hi Vivie-ann, hi Anstascia! Which is the most influential record from your parents’ record collection for each of you?
VIV: It’s not the most influential record per say for our production but it’s one that brings back a lot of good memories growing up in my house and it came on at an after-party the other day, so it’s super fresh in my mind. We were dancing around like crazy kids belting every word as loud as we could.

ANSTASCIA: Most definitely has to be Jefferson Airplane ‘White Rabbit’. This song is still one of my favourite records in the world so many underlying themes that are still relevant today. It was a huge influence for our first EP on Kompakt ‘Lovers in Limbo‘. I seriously cannot be friends with anyone that doesn’t love this song (laughter).

You are Burning Man regulars. How did the festival influence you from a musical perspective?
ANSTASCIA: Yes we love Burning Man, although we didn’t go this year. The last four times have been a huge influence musically in a sense that we pushed musical boundaries every year we played. You can play timeless, trippy, hypnotic records that are so bizarre that you could never play them in a club. This has been the most fun and challenging at the same time. For our album we plan to incorporate some of these elements in the recordings. One thing’s for sure though, all the Dubstep that’s being played at Burning Man has not influenced us at all (laughter).

Your music developed from catchy tech-house to a more deep, twisted, psychedelic sound aesthetic with influences of late ‘60s and ‘70s psychedelic music. Have you ever listened to Turkish psychedelic music or did you ever thought to use more Eastern instruments at your productions?
Viv: I love Turkish psychedelic music! There is an album (editor’s note: ‘Love, Peace & Poetry Vol. 9’) we listen to a lot with tracks like Özdemir Erdogan ve Orkestrasi ‘Uzun Ince Bir Yoldayim’, Erkin Koray ‘Yagmur’, Edip Akbayram ‘Yakar Inceden Inceden’ so please we would love to know more! Maybe you can educate us when we come to Istanbul to play RAW on 31th of October.

ANSTASCIA: We’re both definitely obsessed with psychedelic music and we will for sure use more Eastern instruments in our future productions! I would even love to make a whole trippy meditation album inspired by the ‘60s and ‘70s one day.

In 2008, you enriched Montreal’s nightlife with your midweek Blond:ish parties where you also started DJing together. Do you think your DJing sounds different when you play separately or that your back-to-back sets reveal some extra synergy?
VIV: Of course we’re two different people with our own likes and dislikes, as well as perspectives plus we have different playlists when they come together, we hope that they bring some extra synergy (laughter). We don’t play separately that often lately cause promoters and the people do see some sort of dynamic between the two of us that seems to show through from the DJ booth while were performing!  At some after-parties we play separate and its also a nice release sometimes, as I used to DJ a lot solo before I knew Anstascia as well, so both dynamics bring something rewarding  (smiling).

Do you think that the time is right for a Blond:ish debut album?
VIV:  I don’t know lets find out, and we hope so because we’re deep in the process of making one (laughter). The idea of an album in electronic music is not the first priority for artists these days, but we have something that we really want to explore in music, and have a lot to say with it. Painting a picture through a journey of an album seems like a form of expression that we can’t necessarily achieve in the way we envision through a straight EP. So let’s see how this album experiment goes! It’s definitely an enlightening process for us, because we go to another level with our creativity. It’s not so much about making that dance floor techno bomb. We can explore other avenues that really get to the senses.

Why did you favour London against Berlin at your move in 2010?
Viv: Anstascia’s boyfriend (now husband) at the time lived there, and they wanted to be closer together, so he helped us with the move to London, and that’s what seemed to be right at the time! It was a tough road but we did it! I would have loved to spend that time in Berlin as well, but London turned out to be an amazing pick as a lot of the stars aligned for us there. It’s where we met our current manager in our living room by accident one night when we were super hung over and a friend brought him over. All sorts of synchronicities actually happened in London. It was definitely the best career move we ever did (smiling).

Do you think that your recent Wunderkammer EP on Kompakt would sound different if it had been produced elsewhere than in Mexico’s Tulum?
Of course! There are sounds on this EP that are special to this region in Mexico. Most of the sounds are from field recordings we did in Tulum, like running after the coconut vendor on the beach, all very spontaneous. We are a product of our environment, so this is what came of it. I’m sure if we were in the mountains of <insert really exotic place here> we would be recording the different culture’s influences that eventually would come out different (smiling).

You put your remix of Depeche Mode’s ‘Should Be Higher’ as a free download on your Soundcloud account. Do you think that the remix business with major labels is dead?
No, it’s not dead at all! It’s actually coming back more. Major labels see how influential electronic music is and is putting more money into them.  At least this is what we see from the offers we are getting from big bands that are asking us to remix their records and the amount of money they are offering for it. The reason we put this for free on our Soundcloud was because Depeche Mode and their marketing team had a whole plan for the remixes, they rolled out the first set of remixes officially, but during this time we were told that the album’s marketing budget was cut. It’s all good though, we were happy to give back to our fans (smiling).

What can we expect next?
The album is coming out sometime in 20XX, a South American tour in December, some big dance floor bombs with sexy time B-sides and a lot of love (smiling).

Blond:ish is playing RAW Istanbul on 31th of October 2014.