Telling the truth with Robert Dietz 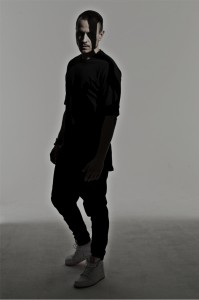 Inspired by HR3 Club Night mix tapes, Robert Dietz discovered Frankfurt’s dark and high-octane techno scene in the late ‘90s and pulled all-nighters on the dance floors of DJ T.’s Monza or Ata’s Robert Johnson. A series of quality productions covers a broad spectrum from stomping dance floor whips to warmer, analogue journeys and reflects simultaneously his talent to adapt himself to different atmospheres, be it tiny clubs for music enthusiasts, big concept parties as Luciano’s Vagabundos and Loco Dice’s Used&Abused or even Time Warp raves. Now is the time to usher in a new era by launching his very own label ‘Truth Be Told’ in early 2015. We took the chance to have a chat with Robert Dietz before his appearances at RAW Istanbul.

Hi Robert! If you have to burn down your record collection except three pieces, which three records would you pick and what do you associate with them?
That’s a pretty difficult question, as there are too many records I can hardly live without. But one of them is the “Three Chairs Compilation” with Kenny Dixon Jr.’s “Track 2 Track” which took me years and a whole lot of money to add this gem to my collection. A real house beast, which keeps teasing for minutes till the kick drum finally sets in. Another one is an unknown and very rare bootleg of Roxy Music’s ‘The Main Thing’ that I discovered one morning at Robert Johnson, played by Ata. It’s one of those perfect grooves you can listen to for hours. And maybe Gang Starr’s album ‘Moment Of Truth’ from 1998 that has a lot of sentimental memories for me.

Roxy Music ‘The Main Thing’ (Editor’s note: this is not the bootleg mentioned; it’s the extend version)

The radio show HR3 club night was quite influential for Frankfurt’s electronic music scene. Besides this show, is there a special club experience that influenced your taste in music and your style of DJing?
My clique started to go out clubbing in the late ‘90s and first discovered Frankfurt’s techno scene and its dark and energetic music back then. However, the clubs that influenced my taste in music and style of DJing today were rather the old Monza in Frankfurt around 2001 and the early days of Robert Johnson in Offenbach between 2002 and 2006. It was more the deeper and warmer house sound that built the foundations of my current style.

You had early success in your production career with stripped-down, minimal-esque house productions on Be Chosen, Deep Vibes and Cécille. In contrary, your deeper Halo EP and your releases on Running Back show your versatility. Does it appeal to you to experiment with trance-influenced, dub techno productions as it looks to be in vogue nowadays?
I would rather say that it appeals to me to experiment with dub, techno and deeper sounds, than trance influenced music. I’ve never been a fan of those easy melodies and I can’t say that there is a huge influence coming from this genre, even though rave-, trance- and techno sounds were the kind of electronic music we’ve been confronted at first through TV or radio during our youth in mid ‘90s.

When can we expect a Robert Dietz album? Would it be a concept long-player or rather a compilation of club tracks?
I’m thinking about doing an album since years but I never really felt it would be the right moment. I think it has to happen naturally when you feel like its time to tell a story with a concept long-player. I’m not a huge fan of compiled club tracks albums and for me it just doesn’t make sense.

Do you use travel time to produce on road or capturing some ideas at least?
Very rarely, I’ve got to say. It happens that I’m editing some tracks that I’m playing on the road but never really started a production or a draft of an idea. I need to be in my studio environment with all my machines and software at my hands to feel comfortable and get inspired. I just can’t stand making music on headphones and a trackpad.

You’ve been a resident for Cadenza’s Vagabundos and for Desolat’s Used&Abused concept parties in Ibiza. Do you think the festival scene in Croatia is an equivalent alternative for those who are averse from the commercial side of Ibiza?
Definitely, it is. Even though people keep saying since years already that it’s becoming the next Ibiza, I always doubted it but I have to say that this year’s festival experiences convinced me of the contrary. I’ve already had the chance to play the Hideout Festival on the Island of Pag last year and the second edition of the Sonus Festival was for me this year’s best festival experience by far. Beside the amazing production by the Cosmopop team, which is also the promoter of Time Warp and Love Family Park, the vibe and energy of the crowd were simply mind-blowing. People were so motivated and enthusiastic during all these parties I’ve played and visited. Furthermore, the beautiful venues right at the beach bring its atmosphere on a par with Ibiza of nowadays.

In 2012, you launched vinyl-only, bootleg label No Hit Wonder that differentiates itself with handstamps and artist names written backwards. How was the feedback for the first two releases and can we expect more from you as Trebor ZTEID?
The feedback was quite good, even though some of the people didn’t really get what the idea behind was. It was more of a fun/arty project to release bootlegs and edits from friends. There was never a real intention behind it to establish a proper label and it is on ice for the moment. All my current energy goes into my new label ‘Truth Be Told’ which I’m going to kick off in January 2015 together with a very close friend of mine.

How important is social media these days for artists?
Difficult subject. Unfortunately it is way too important nowadays. Careers are made online instead of real skills and it’s a thin line between over posting and keeping fans up-to-date. Speaking of myself, I’m living a constant battle and it’s exhausting me to think what to post next to keep my social media profiles a topic of interest. Its distracting me from my work as an artist. Of course, it is nice to have those platforms to present yourself but I think it goes into a totally wrong direction, i.e. a kind of neurotic behaviour regarding your social profiles. I can’t distance myself completely from it as I’m using it as well and some of my posts may have an unnatural source since I don’t have a strong intrinsic motivation, but in the end of the day it would be so much better if you just could not think about it and do what you really love and that is: making music.

What can we expect next?
As I mentioned earlier, my main focus is on my new label now. The first release will be a four-tracker EP including two original tracks by myself featuring two collaborations. One is with the Detroit legend Eddie Fowlkes, and the other one is with my old friend Markus Fix. Official release date is expected to be end of January 2015.

I had this idea in my mind for ages but I’ve only recently had the time, and the moment just felt right to do it. I’m happy to start my own little platform where I can express myself in the right way without the need of fitting into a pigeonhole.