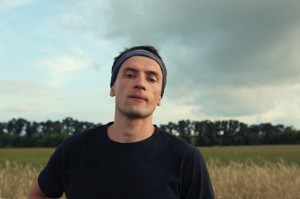 Konotop, Ukraine’s smallest city with its own tram system stands out with one of the nation’s biggest house export, Mikhaylo Vitek alias Vakula who demonstrated his talent during his residency at Propaganda Club, one of our favourite Muscovite dance floor where also Nina ‘Ghetto’ Kraviz had early success with the Friday’s Voices parties alongside this athletic man.

Unlike his Transylvanian near namesake, Vakula is rather addicted to ‘Deep Deep Down’ sound aesthetics that tribute equally to Detroit’s and Chicago’s dance music legacy as well as Ukrainian folklore and its distinctive instruments. Vakula’s music is as diverse as his two labels Bandura (Ukrainian string instrument) and Leleka (meaning bird of happiness). The former’s catalogue includes timeless own house productions while the later amalgamates ethnic elements to an eclectic sound spectrum.

‘You’ve never been to Konotop’ is the title of Vakula’s 2013 debut album. Well, Mikhaylo may be true, but his music invites us to a sonic journey for sure.