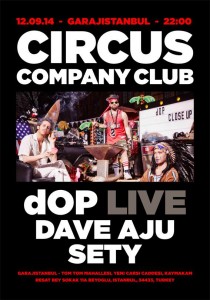 The dOP boys Damian Van de Sande, Clement Zemstov and Jonathan “JAW” Illel founded already their first band at the young age of 14. After years of experimentation with jazz, reggae and hip-hop, the trio manifested their electronic side at their 2010 debut album Greatest Hits that blends JAW’s soulful voice with Clement and Damian’s arrangement into a fresh, organic and smoky cocktail of groove. Expect a live performance that soaks his audience immediately with a charisma determined by spontaneity and improvisation.

Mathias Duchemin alias Sety is one of Paris’ perpetuum mobiles for underground dance music. In 1999, he founded Circus Company together with Kean and Freak of Nôze and contributed significantly to the label’s blossoming over the last 15 years. As a talented DJ and curator, he holds a residency at Rex Club Paris and plays regularly Berlin’s Panorama Bar, London’s Fabric, Sao Paolo’s D-Edge and many more. 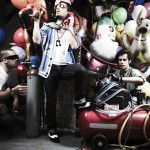 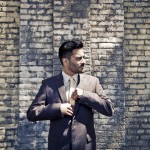 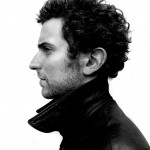