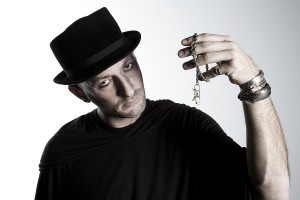 London-born Damian Lazarus knows how to turn showtime on with an extra grain of weirdness. His residency at Circo Loco Ibiza became a hypnotizing playground of weird, strange melodies blended with a 4/4 dancing drum.

During his period at London Records, Lazarus became A&R of the City Rockers label at which he proved his sense for musical potential with signings like Felix Da Housecat’s “Silver Screen Shower Scene” or Tiga & Zyntherius’ “Sunglassess At Night”. His own imprint Crosstown Rebels offers all kinds of diverse and inspirational angles on in vogue electronic dance music.