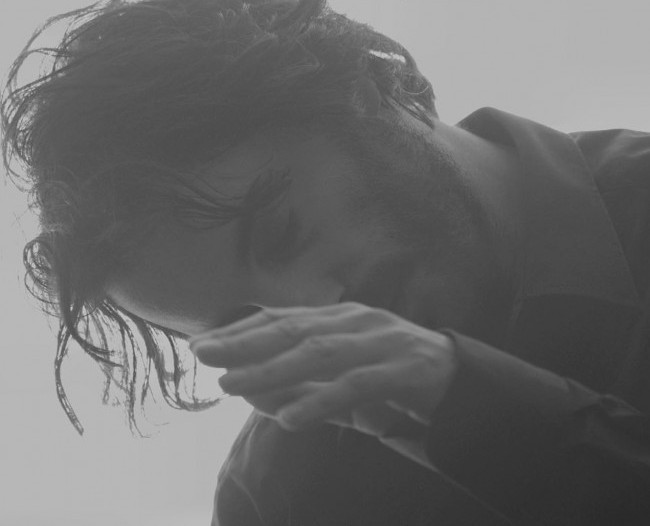 Swiss full-blood musician and drummer Sacha Winkler alias Kalabrese has been on our interviewee wish list since the very beginning. He is a co-founder of award-winning club Zukunft, an institution that reinvigorates the vision set in legendary Dachkantine and Kalabrese’s DJ sets are an essential part of this. His music may be described as anti-machine-funk that rejects machinery mishmash and his early ’00s Perlon release Chicken Fried Rice still makes our dancing feet moving. He focused more on his own band project Rumpelorchester recently, which already performed at renowned festivals like Sonár in Barcelona or Mutek in Montreal amongst many others. Kalabrese’s musical variety can’t be limited and we also really feel his collaborations with Innervisions’ Franke Wiedemann (one half of Âme) on several occasions. Kalabrese plays together with his Rumpelorchester ‘Güzel Bir Gün’ festival on Saturday, 30th May 2015. Reason enough to catch him for an EDHID chat.

Hi there. What role did music play during your adolescence?
I was very influenced by local radio stations. I loved to hear new music and my mother’s record collection opened me a broad spectrum of blues, jazz, folk, hippie stuff and some kind of avant-garde music. More Inharmonic in general. I was also very touched about choirs and singing people (especially from Africa and from the Swiss Alpin, e.g. Yodeling) and Elvis of course. He was the first pop star for me.

We read a quote from you as ‘We play and dance to a track together. A track that we don’t know’. What is your message to today’s Shazam generation?
The most exciting thing for me, is the moment on the stage with my musicians when you discover a new energy through music. When we all riding on the same groove. Together with the crowd. They can feel the moment of creating a movement. It’s a kind of transformation. In a nutshell, I would say be curious.

Would you highlight a specific spot at which you learnt the craft of DJing, i.e. bending an arc of suspense over the night?
I learnt playing longer sets at a club called ‘spidergalaxy’. It was an after hour crowd mixed of lost people in a crazy mood. Perfect for going deeper.

Does DJing offer more opportunity to improvise compared to rehearsed band performances?
At the end it’s the music and the right timing. I love to play in a club and choose the right tune for a joint journey with the crowd in different tales and moods.

What extent of discipline does the organisation of a seven-piece band require?
I’m the mother of the house. Keeping it together. I like to take care of everybody but sometimes it’s a bit stressful, in particular the booking part. We don’t play constantly in the same formation. Not every promoter accept the same concept. Sometimes they want a smaller set-up. Sometimes not every member is available, which adds further complexity to the restless situation. We always have to change our set. And; I don’t have an agency at the moment. But I need to find one. I’m not the best business man.

After two solo albums, do you think it’s time for a long-player together with the band?
Yes, definitely. However, it’s hard currently because the band members don’t have enough time.

Does the festival boom benefit also more independent musicians?
We had to chance to play some very nice festivals, some of them were more independent, smaller and I liked it more. If a festival is new it’s not overpacked with the masses.

Your label Rumpelmusig’s business side is managed by Compost Records as far as we understood. Do you think that such a split is a reasonable role model for independent labels that don’t have excessive capacities at hand?
Yes. As I sad, I’m not a good business man so I’m happy for that constellation.

What’s next for Kalabrese?
I’m finishing an EP with two new songs by myself for a new French label. Apart from some remixes, I’ve recorded a couple of songs with a young talented producer called Jimi Jules. It’s great that we both don’t know each other well but when we start making music, it’s like travelling and enjoying together and there is no shame, no fear in between. Everything is possible. No mask. Just an open field. I’m also thinking to start with a new album soon. I feel something is in the air that makes me restless.

I’m very pleased to come with my orchestra to Istanbul for the first time. The boys are very happy to be part of the festival. I have a long-time relationship with our friends in Istanbul. They are all soul brothers and great humans in a great city.