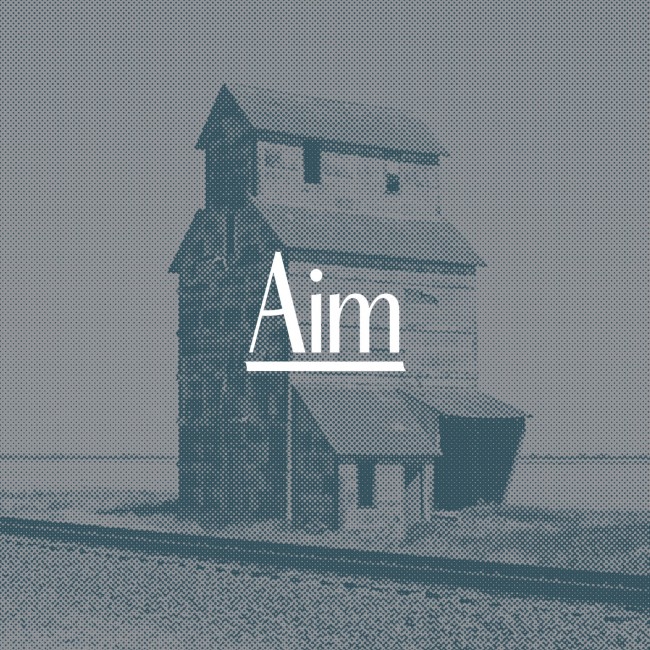 We discovered Aim Records when we were strolling around at Rush Hour Amsterdam and delved deeply into the label’s catalogue that initiated in 2010. Label founder and DJ Tristen is running his very own imprint with a lot of passion and a clear path of sound aesthetics. It’s not a label that provokes its audience with each new release, it’s rather a prime address for timeless pieces of variations of house that are complementing chapters of a joyful narrative. We caught head honcho Tristen to speak about Aim’s past and future. Enjoy!

Hi! Who are the driving forces behind Aim and what are their respective musical backgrounds?
Aim is a small label that I started by my very own. I have some close friends helping me. Especially my friend Jan ( alias JVES) who is responsible for the visual artwork of the label.

When did you launch Aim and what is the vision of the label?
It started in 2010 without any greater vision. I just had some musical ideas in my mind that I wanted to realise.

How would you describe the label’s sound aesthetic? How did the sound develop with 13 releases now?
It’s hard to describe. I would say that the listeners out there could answer this question better than me.

Catalogue No. 12 is also your debut release. Why did you hesitate to release your own productions?
I prefer to release on other labels where people look over my music with more distance to it. But after running the label for 4 years now, I kind of had to make an EP on my label since people asked for it again and again.

The income generation within the music industry transformed from releasing music to stage performances. Do you plan label showcases?
We do label nights from time to time. The last one was at club STATTBAD (link) where we featured some label artists and other artists we find interesting like Huerco S. and Amir Alexander.

We read recently a provocative quote as ‘when u release ‘vinyl-only’ you aren’t actually only releasing vinyl. You’re just letting someone else release it digitally.’ What influenced your decision to adapt your release policy and embark on a dual track with physical and digital releases recently?
People will find a way to get the music files they want, so it is not a good strategy to limit people in that way. I understand that people don’t have access to record shops all over the world. And those people don’t wanna have low quality files from somewhere on the Internet. Especially DJs need high quality audio files. We actually release all Aim records digitally with a little time gap since the beginning. Friends of the digital format can get them on our bandcamp page and selected download-shops like CLONE D\G\T\L, WPP and Beatport.

What is your approach to sleeve design and artwork?
I wanted the Artwork as simple as it can be, because the main focus is the music. You have to listen to the record to know what is on it. There is no cover telling you what to expect. I like that kind of concentration and minimalism.

Do you have a preferred mastering studio?
Yes, absolutely. Dubplates&Mastering (D&M) takes care for the mastering of all our records. In the beginning it was a decision to have local companies involved in the vinyl record process as far as possible. In the end, I found with Christoph from D&M ( alias CGB) an engineer who fit’s good to my own perspective on music and sound design. It’s always fun to have a little tech talk with Christoph besides the mastering session and the whole D&M team is very lovely.

How important is video, social media and the selection of the right distribution company for promoting the label’s output nowadays?
I would say it’s important, but more important is that the music is just good. The process of releasing a record contains so many things including to have a good distribution company. In the end the record will be found in a record shop, together with a lot of other records. I’m not sure if any Youtube or Facebook advertisement can help you selling music. The physical product lives in the real world. That’s where people will take the record if they like it or they will leave the record if not.

What’s next at AIM?
The next Aim record will be from production duo Ethyl & Flori. Giegling’s Edward will make a remix of one of their tracks. The release is planned for Juli this summer.