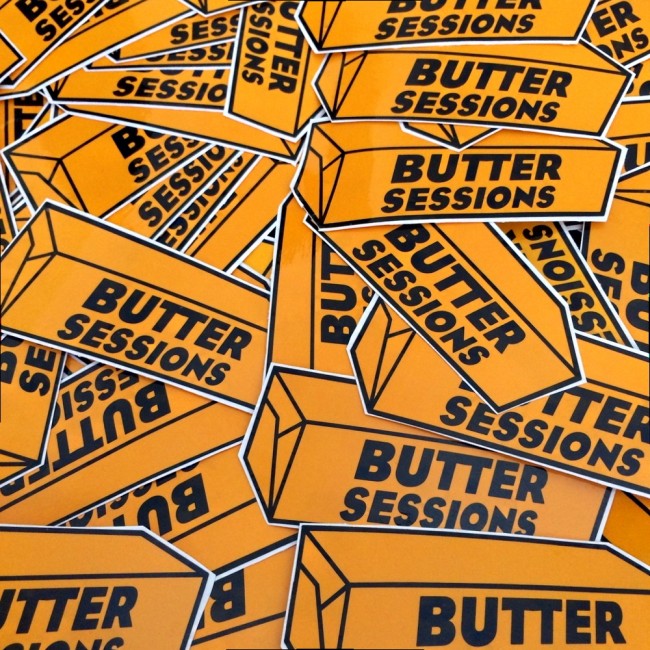 EDHID’s intercontinental bounds continue, this time introducing musical aficionados DJ Mind Twist and Corey from Australia. In 2013, they morphed their successful Butter Sessions blog into an eponymous label and we have to admit that we are big fans of the four catalogue numbers so far. Perfect time to catch the Melbourne-based duo for an EDHID chat about future plans.

Hi! Who are the driving forces behind Butter Sessions and what are their respective musical backgrounds?
We’re DJ Mind Twist and Corey. We make music under ‘Sleep D’ and have been doing this together since we were in high school.

When did you launch the label and how does its vision contribute to Melbourne’s underground music scene? You organise warehouse parties as well, right?
Butter Sessions as a blog has been going since late 2010, and the label launched mid 2013. Our vision is releasing good music we like and it just so happens that a lot of friends from Melbourne are making the stuff we like. Yeah, we’ve been behind some of that fun with a couple of our mates Donald and M Tonic.

After three releases so far, do you think the timing is right for a debut longplayer? Would international remix duties extend the global reach of the label?
We’ve thought about doing an LP with the mass of music we’ve written for all the live sets we’ve performed. At the moment, we’re just going to record all these tracks and see what sounds best for them all. We’ve had a couple of remixes from overseas friends on the label so far including Frak from Borft Records and DJ Fett Burger from sex tags.

The income generation within the music industry shifted from releasing music to stage performances. Do you plan label showcases and what kind of performances (DJ/live act) can we expect from affiliated artists?
We’ve had a few label showcases already now around Melbourne with live sets from Dan White and DJ sets from ourselves, Tuff Sherm and Booshank. We also had one a couple of weeks ago at Mania with DJ Fettburger to launch BSR004!

Vinyl pressing plant became quite busy recently. How does the waiting time affect your release pipeline?
It just means we have to get organised more in advanced to allow for the longer waiting time.

What is your approach to sleeve design and artwork?
Every record so far has been by a different artist, including Imhotep, Digable goods, DJ Fett Burger & also DJ Mind Twist. We try to keep the designs true to a certain style that we like at the time, but also give the artists room to illustrate the music they hear and do what they want.

Do you have a preferred mastering studio?
We’ve tried a few different places so far, including Jack the Bear in Brunswick, Melbourne, Neel and Rick Essig. it varies depending on the style of the music.

How important is video, social media and the selection of the right distribution company for promoting the label’s output nowadays?
At the moment, we’ve got a really good distributor, they get our records to all the right places and people we were hoping they would reach, thats definitely very important to us.

What’s next at Butter Sessions?
Our next record BSR004 with Dj Fett Burger and Jayda G will be dropping mid may then after that we have a Various Artist compilation titled “Sounds from the suburbs” then after that more records (smiling).