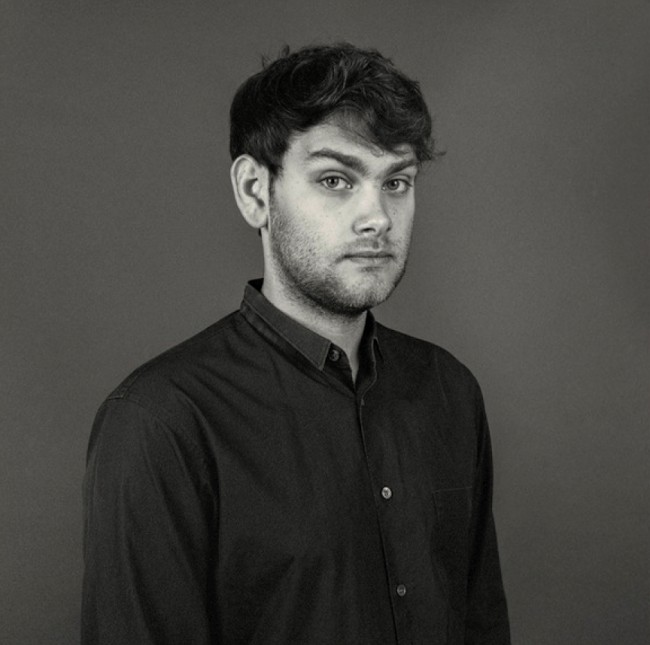 London’s Mike Greene alias Fort Romeau first appeared on our radar with his outstanding SW9 EP on Ghostly International’s sub-label Spectral Sounds. Apparently the Motortown-London connection gels well, so Ghostly is the safe haven for Greene’s second long-player Insides. We like Fort Romeau’s approach of pushing the envelope further than the usual dance concept and how he incorporates his diverse influences ranging from disco to new wave. It’s not an album that makes you tumble down from the chair when pressing play, it’s more like a well-mixed cup of ice cream that you enjoy at the first sunsets during the upcoming summer. Fort Romeau seems to have a creative momentum as his imminent release on Running Back demonstrates clearly, so it’s time to catch him for the launch of our EDHID LONG PLAY series.

Does Fort Romeau have tons of Dance Mania, Trax or Dance International records at home?
ha. I have a few that’s for sure, mostly Trax and Strictly.

What is your favourite drum machine?
LinnDrum.

How did the decision to produce an album evolve? Do you have musical mentors?
It just seemed like a natural progression to do so, there are sounds you can explore in a long format that just aren’t really appropriate for singles and EPs. I don’t have mentors per se, but I occasionally bounce things off a couple of people who’s opinion I value.

How would you describe your typical studio day? Do you try to work business like nine-to-five in order to achieve a convenient work-life-balance?
I mostly do it like a 9–5, but it’s more like a 11–6 in reality. I went through a long period last year, when I was writing the album of working every day but I’m taking it a bit more easy the next month or so.

What is your methodology to overcome creative blockages or to trigger your creativity?
To facilitate as many accidents as possible. Many of the best ideas are accidents.

Do you think that people’s attention span for new music decreased in times of mass releases?
Well, it’s hard to say for definite but it does seem to be the case. More choice always leads to a less satisfactory result!

Did you aim for a narrative story throughout the album?
I wanted the album to work as a whole and for it to become more than a sum of its parts. But in terms of a conceptual narrative, not really, its more about the relationship between the concrete nature of the sounds.

How important is the selection of the right label for the album’s right promotion and distribution?
I guess it’s really important but I don’t really think about that! haha. I just release records with people I like.

Will you release remix EPs related to the album? If so, how did you allocate the remix duties?
Yes, there will be one remix EP for the album, I’ve only ever had one Fort Romeau remix in the past so felt justified in indulging in a few more! Won’t be too long until it comes out, so you’ll find out then (smiling).

What’s next for Fort Romeau?
Quite a lot of DJing, a new 12inch with Running Back records, then a Remix EP for the album, then quite a bit more after that, so its a busy year definitely!

Fort Romeau’s second album Insides is out via Ghostly International since March, 31st.