Clubs are remarkable places. They attract people inside into a dark environment with cloudy visibility and music generated by drum machines stretches our eardrums to the limit. Imagine yourself right in the middle of the dance floor and close your eyes: your body is absorbing sound waves, strobe-lights hit your eyelids, the scent of smoke, fog by the machine, alcohol and sweat are all mixed to a cocktail that overwhelms your brain with a flood of sensory stimulus.

That’s exactly what motivated us to go to the club on every occasion and feel every beat more passionate than ever before. We think sharing is important and this feeling should not be withheld from you. Hence, we decided to launch EDHID’s new series called “In Clubs We Dance” as an opportunity to introduce you to our favourite clubs around the world.

We would like to start with MiniMüzikhol as a constant institution in Istanbul’s ever-changing nightlife. We spoke with them about their background, their ambition and vision as one of Istanbul’s leading electronic music clubs.  Hope you enjoy it as we did.

How did you decide to open MiniMüzikhol in 2009?
Well MiniMüzikhol can be seen as the fifth club that the collective opened since mid ‘90s. We were still doing parties and bookings in other venues but we wanted to have a permanent place, and we just had some luck at that time with the spot. We followed our luck through with that one.

Can you provide some colour on the founder team consisting of the staff of etrafta.com, undomondo.com and Minas Balcioglu and their respective roles in Istanbul’s nightlife scene?
Minas is the original founder of Godet, he is one of the spear leader’s of Istanbul electronic music and club scene, so it’s mostly his will that keeps the collective going through years. Undomondo was/is my personal music blog, etrafta was our pre-social media blog which had some following, but apart from this, all of these outlets are built by people belonging both to the same social network, mentality and neighbourhood. So it was the zeitgeist of what we were doing.

What is the spirit of the club and how does it distinguish itself from other venues in Istanbul?
We do not try to distinguish ourselves from anybody consciously. We are light-hearted, and we want to keep things fun and try to change some aspects every now and then, maybe that helps to keep us in the loop.

You interior is designed by local and international artists as Melis and Sinem Kurultay, Özlem Ölcer, Spanish artist Ovni and many more. Do you constantly collaborate with artists?
Yes, our network has many creative friends and we like to collaborate and provide them space. The cubes which were designed by Ovni is an important part of the club’s identity and we have worked with other artists like Bora Akıncıtürk, Aslı Özdemir, Extrastruggle, our own Boran Güney and Onur Aynagöz as well as our European contacts from Berlin and Zurich joining us to create different vibes in our space.

What sound system do you have installed? Do you think clubs pay enough attention to their sound quality?
I do think that a lot of clubs care about the sound quality, more than the design of other things sometimes. We have a Martin Audio sound system, but it doesn’t only boil down to the equipment. We are lucky to have a space that is very suitable for electronic music. The ceiling is not so high, and the sound cannot escape the room. It’s a very compact space. We have also installed a new Rane mixer improving sound quality even further.

Do you have a specific door policy?
This year will be our fifth anniversary at Cihangir. We have many regulars at the club, lots of them our close friends. We try to make room for the regulars as much as we can. We even have thought about going private, but opted not to. It’s a hard job running the door when you are in demand, and sometimes it’s very hard to decide who to let in. You might have false positives inside and you might turn down the wrong people. Generally the door guys try to keep a balance between genders, and we don’t ever want angry, loud and disrespectful people inside.

What influences your monthly line-up? Do you have day-specific focuses on genres?
In our first year, we were making FOCUS nights on some genres and styles, like Brazilian music etc. on Thursdays, it wasn’t unsuccessful, but there weren’t much demand for different styles. Essentially, our crowd kind of situated us as a nightclub, and we dropped Indie Rock and experimental stuff for House, Techno and Disco as it wasn’t feasible. In the last two years, we are more into electronic music as Techno and House. We generally have a list of new DJs and revisiting friends for the upcoming season and we try to balance different music styles by choosing the DJs.

Do you have residencies of local and/or international DJs?
Yes we somehow do, although they are not named as residencies or so. Most of the collective who runs MiniMüzikhol are DJs anyway (such as Mini Bashekim, Barış K, Cervus & Tutan) as well as many close friends like Dogukan Ires and Sercan Demir who have been always with us. We are also related to Dinamo.fm so we have a lot of Dinamo artists as well. Internationally, we are very good friends with the Zurich scene and Berlin’s Kater Holzig. We had hosted our Scottish friend Dicky Trisco’s Disco Deviance label residency a few years ago. Let’s say we try to keep a balance between new names and old friends.

Do you collaborate with local and/or international radios, labels or festivals?
As I said, we have our home radio Dinamo.fm. We now have our own web channel on Dinamo.fm where we stream from MiniMüzikhol’s main booth every day we’re open – LIVE!. Other than that, we are good friends with Marseille’s Grenouille.FM, labels like Perlon, Katermukke, Cityfox as well as festivals and clubs in France, Germany and Brazil.

How would you describe the challenges of running a club in Istanbul from an administrative perspective?
Running any successful entertainment business is getting really hard in Istanbul, because of political and quality of life issues. Most people are barely surviving and have a lot of financial troubles so our client base is narrowed down to a few thousand people. But generally in the last year, even among them, entertainment is seen as some kind of luxury. Which lowers everyone’s morale and mood creating a vicious cycle. The tax on alcohol, the general uneasiness of the client base etc. create tensions. However, Istanbul is very much a tourist destination now and we can ride on that positive wave for some time because there are a lot of young people coming to the city to party.

What’s next at MiniMüzikhol after five years. An own label maybe?
Barış K. has already founded his label Aboov Plak last year and released the debut release “Kime Ne”. We always have our eyes on making a festival or a picnic, and we are working on an outdoors event for next year.

EDHID thanks to MiniMüzikhol for being our first guest. Further features of clubs in Germany, UK, France, Spain, Portugal and many more will be published soon. 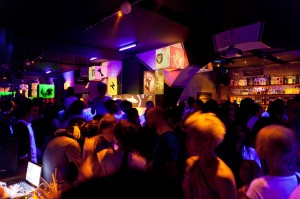 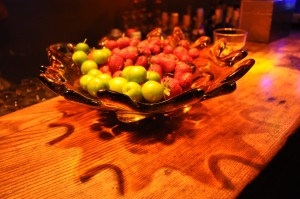 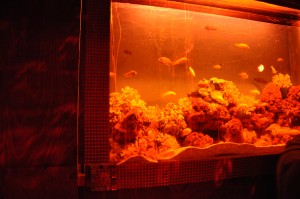 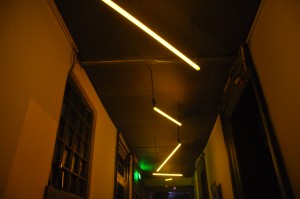 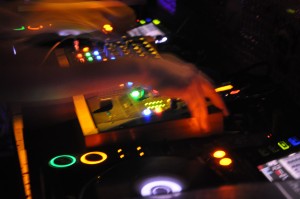 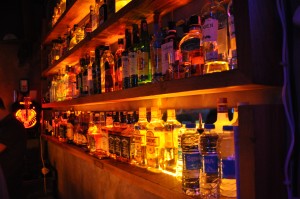