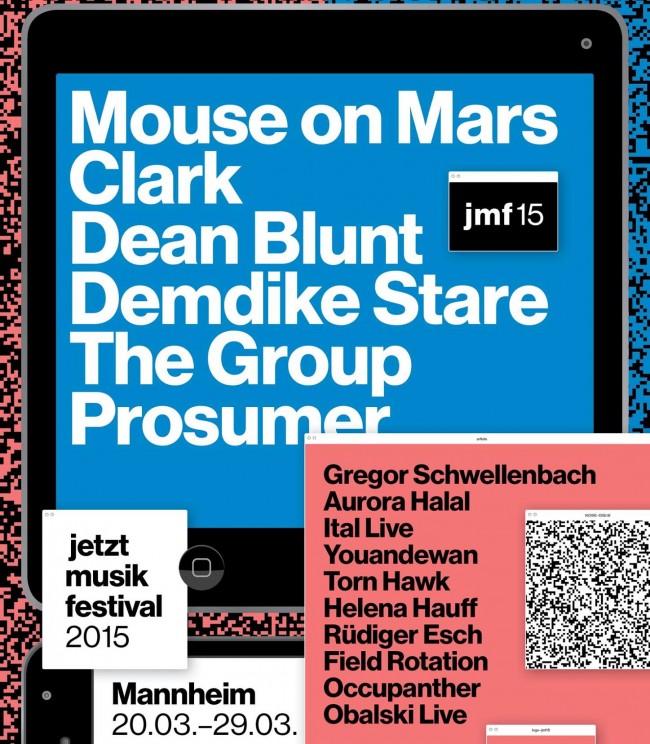 The festival landscape is exploding all over the world but most concepts fail to incorporate the artistic DNA and just focus on commercial exploitation. We really the liked the vision of Jetztmusik Festival in Mannheim that surprises with creative impulses year on year, so we took the take chance to have a conversation with the team behind. Enjoy!

Hi! Who are the driving forces behind Jetztmusik and what are their respective musical backgrounds?
The festival has been launched in 2007 and used to be organised by cosmopop, who also runs Time Warp festival. In 2014, the festival organisation was taken over by the new management consisting of Patrick Forgacs, Alexander Henninger, Dennis Borlein and the Clustermanagement Musikwirtschaft Mannheim as a supporting partner. We are all kids of the ’90s and, of course, we were naturally driven by influences from that time, like punk music, East Coast rap, skateboarding and the growing electronic music scene of our home area. To name only a few individuals, you have to mention Move D, DMAN with the Club HD800, Seebase, Steffen Neuert with Bergheim34, Jan Sirup with his big jungle parties, Time Warp and many more.

When did you launch Jetztmusik and what is the vision of the festival?
As mentioned above, we launched the festival 2014 for the first time. The festival’s vision is to create a platform in Mannheim at different places and in a variety of contexts in order to explore unusual projects at the boundaries between music and other forms of art. What we try to do aesthetically is similar to a disruption of encrusted borders, an opening for new, unusual experiences that address also a new audience. We believe in the effect of the encounter of different arts and aesthetics, and in the power of the new, which may arise through that.

The Rhine-Neckar area has a long tradition of electronic music with Mannheim’s club Milk, Time Warp and Heidelberg’s Psychkitch parties amongst others. Does Jetztmusik pay tribute to this musical heritage and how does it set new impulses within the local scene?
Of course, a club like Milk set the base for an electronic music scene in Mannheim in the early ’90s. Time Warp festival, too, is a reflection of the transition that electronic music and its festivals made since the ’90s. Starting as a normal techno party it soon became a global player in the electronic music world and is today one of the most internationally recognised festivals for electronic music.
Jetztmusik Festival tries to differ from the stereotypical electronic festival and tries to find an interface for electronic music and other musical art forms. We as a team believe in the formative relevance of spaces and contexts. Therefore, most events do not take place in the usual concert venues and none of the shows adhere to established conventions. Naturally, we try to include local musicians in addition to internationally known artists.

What is the challenge of curating a week-long programme with this combination of sub and high culture?
Putting Jetztmusik Festival together is a long progress and we are working all year to come up with different concepts and methods to combine music with other arts. We keep in touch with our partners and supporters such as Clustermanagement Musikwirtschaft Mannheim, Nationaltheater Mannheim, current acts and agencies, or friends from the subculture throughout the year.

What was/is your personal, favourite spot so far and why?
Our personal favourite spot was the church (Christuskirche) in Mannheim where Nils Frahm played a fantastic show in 2014. It was just a perfect evening, everything went so well, the atmosphere, the sound, the light and the audience were just awesome. A special thanks to our technical team Accente Media & Norton Audio Systems seems to be in place here!

UNESCO included Mannheim in its Creative Cities Network with the title ‘City of Music’. How did the accreditation influence Jetztmusik’s options, i.e. easing bureaucratic obstacles?
Mannheim just became ‘UNESCO City of Music’ this year and, of course, we are stoked and feel excited about all the things that this title might bring. With regard to bureaucratic obstacles, we can only speak in the highest terms of the city Mannheim because everything went as planned and we felt supported throughout the entire process.

How important is social media to increase the festival’s international popularity?
Social media can’t be left out when planning and promoting a festival. But we also try to focus on a special graphic design. To promote our festival we work together with Götz Gramlich our designer, who helps us with the process of visualising our ideas every year.

What role does/will mobile applications and live streams play for your festival?
We always try to explore every kind of new media platform. Here we can mention our festival radio in particular, which was conceptualised and implemented by Ubbo Gronewold.

What’s next for Jetztmusik?
In addition to the main festival week, we still have other Jetztmusik Festival projects in store. For example, Nils Frahm and Dawn of Midi are going to perform on May 11th at Alte Feuerwache Mannheim and we are also in the process of planning a festival weekend at Robert Johnson in Offenbach with Oliver Hafenbauer, which will be in December.
We are looking forward to everything that we have planned so far and, of course, we still have tons of ideas.

Thanks for the interview and big love to Istanbul. One of the greatest. 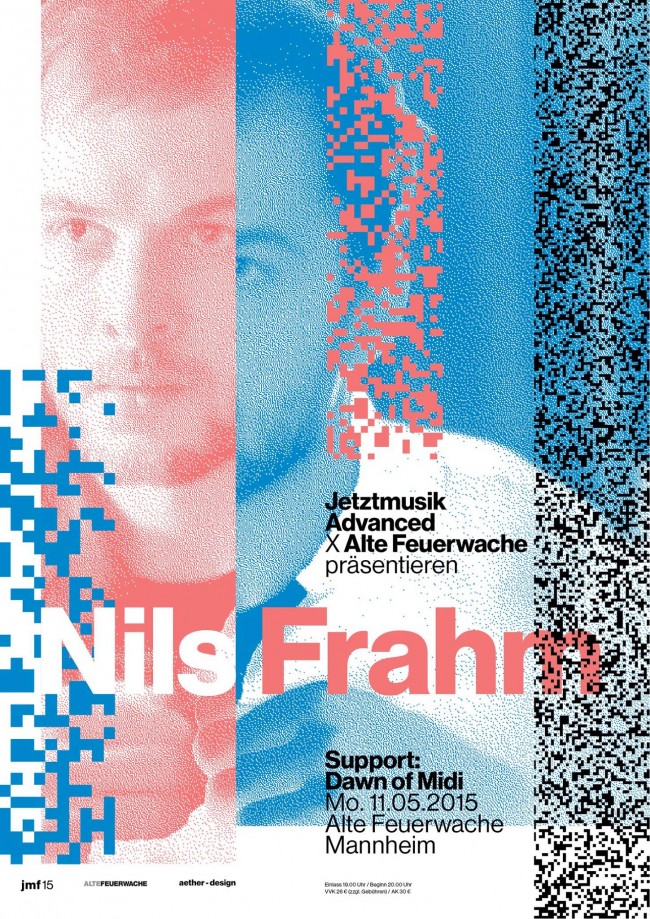