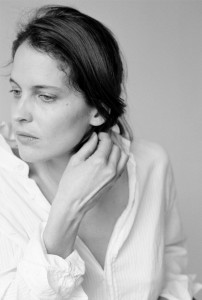 Inspired by Laurent Garnier’s way to create a musical arc of suspense at his Thursday residency at Rex Club, Chloé Tevénin experienced genuinely how a DJ can make the audience discover a whole spectrum of music. After a short while, she mad a real job of it at her residency together with Jennifer Cardini and Sextoy at Paris’ most rock ’n’ roll club “Le Pulp” that evolved from a late-night slot to a ground-breaking night for over eight years.

Her debut release in 2002 “Erosoft” on Karat Records demonstrated her courage to stand up against the tides of temporary in vogue electroclash. In 2007, listeners failed to categorise her first LP “Waiting Room” in any specific genre, just leaving them over to enjoy a timeless piece of coherent music that received international accolades. Three years later, Chloé’s second LP “One in Other” even surpassed the first album in public interest leading to a nomination at France’s prestigious “Les Victoires de la Musique” award.

Chloé is a regular at international renowned festivals like Mutek, Nuits Sonores, Montreux Jazz Festival, Sonár as well as predominant clubs like Rex Club in Paris, fabric in London or Offenbach’s Robert Johnson.

Chloé at Beats in Space