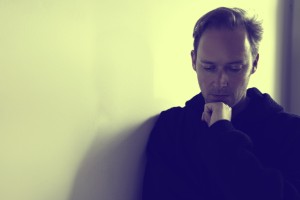 Born in 1971 in Black Forest/Germany, Michael Mayer is a workaholic with German discipline. As a co-owner of Germany’s outstanding techno flagship Kompakt, he selects the imprint’s forthcoming releases, works with the label’s artists and oversees Kompakt’s distribution arm with managing over 50 record labels. Not enough, Kompakt houses also an eponymous offline/online record store and recording studios. Mayer manages to combine this high-speed, hands-on label work during the week and travelling weekends around the world as a DJ to play in front of thousands of techno aficionados since the 90s. His capabilities in the studio are also high in demand with remixes for the likes of Pet Shop Boys, Depeche Mode, Foals and Rufus Wainwright. One thing for sure, Mayer loves challenges and puts 100% of his heart and soul into everything he does.

“The image of someone standing behind the turntables” carved into his memory from his first sneak into a local club, letting him soon realize “This is what I wanted to do”. At an age 14, he managed to buy turntables and a mixer with money earned from his paperboy trade and eventually played his first residency at a tender age of 18.

In the early 90’s Mayer teamed up with Tobias Thomas and two other friends for a local DJ collective that dissolved after a while due to the move of members to Cologne and Berlin. Mayer joined Thomas for Cologne and both formed a DJ team that this time committed itself to a straight 4/4 house and techno mission. Their parties spread around like wildfire including a residency at Cologne’s legendary IZ Club.

In 1993, as one of the first customer of Wolfgang and Reinhard Voigt, Jurgen Paape, and Jorg Burger’s record store Delirium, cocky Mayer told without mincing matters his discontent with their record selection. Albeit surprising, his opinion was appreciated from his peers and resulted in a position as co-owner and buyer for the record store just within six months. Over the next five years, Mayer constantly elaborated on his craft as a DJ with increasing international bookings and also starting to produce music.

In 1998, inspired by Andy Warhol’s Factory, Mayer and his colleagues felt to create their own arm to support the music community and created Kompakt as a platform for creative freedom combining today a label, record store, distributor, recording studios and booking agency.

Around the same time, Mayer and Thomas established a weekly party called “Total Confusion” bringing back dramaturgy on the dance floor or in Mayer’s own words “the most wonderful challenge is to combine great party music as undogmatic as possible, and to find an aesthetic link between different music styles”. Total Confusion was a milestone in Mayer’s DJ career embarking on an international voyage with residency in Barcelona’s Nitsa, Geneva’s Weetamix, Offenbach’s Robert Johnson, London’s fabric and Berlin’s Berghain/Panorama Bar. Mayer’s story telling capability as a DJ was recorded at his first mix CD release “Kompakt Köln Presents Michael Mayer” and received further international accolades with the initial release of the “Immer” series in 2002 which was renowned as one of the decade’s most essential mix CD’s by the likes of Pitchwork, FACT and Resident Advisor. In 2003, he brought the sound of Kompakt to a global level with its mix CD for London’s fabric. A quote from a recent interview with fabric confirms that Mayer is still first and foremost a dedicated DJ: “I actually had a little break. For the first time since 1989, I took off three weekends in a row.”

EDHID is delighted to welcome Michael Mayer on 09 May 2014 at Babylon Istanbul in the context of Red Bull Music Academy Nights (RBMA Nights).

Just to finish in Mayer’s own words: “A DJ has a certain responsibility. … It is all about entertaining people, but you must not under challenge nor overstrain them. You must be subversive and play music that no one would have ever dreamt of listening to voluntarily at the club. You are both, entertainer and educator.”