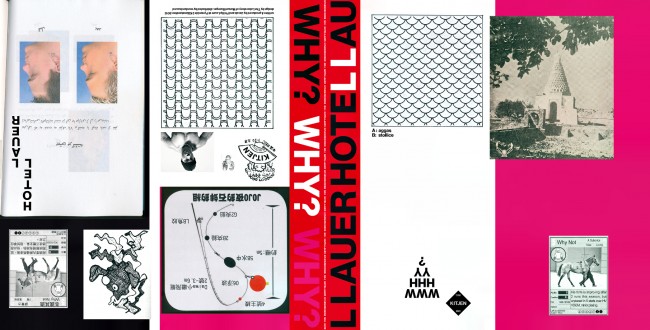 Benztown, as the hip hop slang usually refers to Stuttgart, is not only renowned for luxury vehicles, it used to be also famous for its vibrant music scene. The whole nightlife sector experienced a significant depletion over the last years, however, so it’s even more important to support people, who hold the fort with courage and a clear musical vision. We follow Stuttgart’s very own Kitjen parties closely and appreciate their musical eclecticism. Analogous to similar party concept worldwide, founder Igor Tipura decided to launch an eponymous label that conveys the philosophy of the party series and lasts longer than a one-nighter. We think their message is quite authentic and fits perfectly to our Tracking imprints label feature series. Enjoy!

Hi! Who are behind Kitjen and what are their respective musical backgrounds?
It’s me, Igor. I’m DJing since almost 17 years, being a hip hop head in the ‘90s and I actually have no idea how I ended up with what I am doing now.

Your hometown Stuttgart experienced a significant change in its clubbing landscape and there’s even a film about the displacement of club culture. Do you think that limitations like these boost the creativity of the people involved? How did your Thursday parties first at KimTimJim and now at Bar Romantica contribute to the city’s musical diversity?
That’s a long story. It’s pretty tough running a club or a party in Stuttgart at the moment. It seems that local politics don’t care what people are trying to do for nightlife culture in their city. In other cities, you can do your own thing, permitted or not. Over here, you can’t run a club or do warehouse parties easily like that. You have cops everywhere and they will fuck you up if your party or club is not permitted. It’s really sad but I guess there is always a way to throw a party (smiling).

What is your vision for Kitjen as a label? Is it a platform for your own and friends’ music or do you aim to involve musicians worldwide?
I have no idea; there is no big master plan in my mind at the moment. Important to me is that I work with people that I like! There will be definitely some stuff that is related to friends, newcomers and also people from all around the world, who played at my parties or that I met somewhere.

How would you describe the label’s sound aesthetic? Should people be able to associate a certain sound with a label?
Of course, I should like it. From that perspective, everything is possible. I don’t think that each release will follow the same aesthetic. Catalogue No. 2, which will come out soon, is already pretty different compared to Hotel Lauer’s debut release.

How did the connection with the Lauer brothers emerge? What influenced your selection of the debut two-track EP?
Both played at my party and they are the funniest guys I know. I have almost every Lauer record in my collection and always play at least 2 or 3 tracks in each of my sets. I asked Philip first if he would be interested. So I kind of started at the top of my wish list (smiling). At that point, there was no Hotel Lauer release. He said cool but also that he’s pretty busy at the moment. After a while, however, they came up with the idea to do a Hotel Lauer single. And the tracks that they delivered really sum up everything about the label and the party’s philosophy!

Do you plan a tour with label launch showcases?
Well, I did a few release parties. First one was at Robert Johnson, then Stuttgart of course, Mannheim and Berlin. There are no plans for a world tour though (smiling). We DJ every now and then together, that’s pretty much it.

What influenced your release policy, i.e. vinyl and digital, in times of the in vogue emergence of vinyl-only labels?
If think if anybody wants to buy the music I am releasing, he should be able to do it. Irrespective of the medium he prefers (vinyl or digital). I should start doing minidiscs, too!

What is your approach to sleeve design and artwork?
I always wanted to do a record with a nice and recognizable artwork. If you buy a record you might keep it for the rest of your life. It’s a good thing as well if you have something to look at in your shelf. That’s why I asked Manuel Bürger if he would be interested in doing a cover for me. He played at my party too but we only met a few times. He used to live in Stuttgart and is based all over the world now. I totally trust him and love everything he does!

Do you have a preferred mastering studio?
Well, I only had one release so far. MANMADE Mastering did a great job! For the second one, I am happy to work with Matt Karmil for the mastering. He did the last Studio Barnhus releases and I’m looking forward working with him.

How important is video, social media and the selection of the right distribution company for promoting the label’s output nowadays?
I am really glad Wordandsound are doing the distribution for me, especially because I did not had even one completely finished release to show them at the beginning. I think you usually have to present some kind of business/release plan for the whole year. Doing the distribution on your own is an option of course, but also a lot of work especially for a one-man show. Not sure what to say about social media. On the one hand, it helps you to connect with people and stay in contact. On the other hand, it’s really annoying.

What’s next at Kitjen?
The next release is almost ready. I asked my friends from Public Possession, Tambien if they would be interested in doing a track for me. I’m a big fan of everything they do, i.e. music, label and their store. And I’m really happy that I got to know them. So, they did one track and I asked Kornél Kovács from Studio Barnhus, who also played at my party and is a really nice guy too, if he would like to do a remix. It came to light that they are fans of each other so the result is great!

Hotel Lauer is out via Kitjen since 9th February 2015.