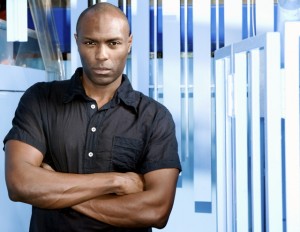 Kenny Larkin released his debut album “Azimuth” at legendary Warp Records in 1994. If this is not enough, you should catch up Larkin’s catalogue of 20 years techno history.

Born in Detroit, he witnessed the birth of techno by listening to pioneers as Juan Atkins and Derrick May. After his military service at which he repaired computers among others, he started his musical career in 1990 with a series of quality releases at renowned labels like Plus 8 Records, Transmat, Warp Records, R&S Records, KMS, Planet E and many more.

As one of the main protagonists of Detroit’s so-called second wave of techno producers, he created a signature sound of heavily jazz-influenced, soulful techno and received international accolades for his albums “Azimuth” (1994), “Metaphor” (1995), “The Narcissist” (2004) and “Keys, Strings, Tambourines” (2008) among others.

EDHID warmly welcomes Kenny Larkin in Istanbul for his Turkey debut on 5 July 2014 at Topless Istanbul. Don’t miss this key innovator in Techno with an outstanding humorous character or as Resident Advisor calls him “Techno’s aspiring comedian”.