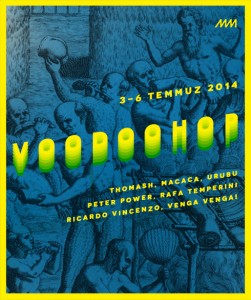 Black or white, VOODOOHOP’s magical development from a small bar event in São Paulo’s Rua Augusta to one of the capital’s friendliest and hyped parties is outstanding.

Not enough, the members of the collective continue to spread the VOODOOHOP vibe around the world with performances at renowned festivals like Barcelona’s Sonár, Berlin’s Melt! and Fusion among others.

After some memorable nights last year, VOODOOHOP welcomes you again to MiniMüzikhol and Suma Beach between 3th and 6th July 2014 for a tropical cocktail of psychedelic vibes and electronic grooves. Don’t miss this rhythmic pleasure. 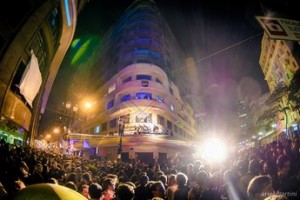 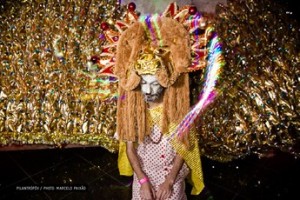 HEDONÊ by Venga, Venga! on Mixcloud