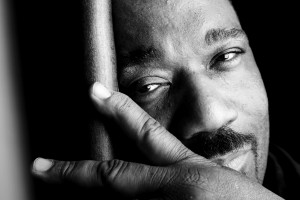 Chicago born Anthony Pearson a.k.a. Chez Damier played a pivotal role in the development of house and techno.

In 1987, at the young age of 21, he opened together with Alton Miller and George Baker Detroit’s The Music Institute as one of the motor city’s techno incubator bringing in a dance floor feeling that Damier knew from Chicago’s The Warehouse or Baker from New York’s Paradise Garage.

Working already part-time at a local record store at the age of 11, Damier had an early exposure to club culture and the emergence of house music. He initially moved to East Lansing to study communication at the university of Michigan, and as chance brought it about he met nightshift security guard Thomas Barnett while working for the first pager company and who later teamed up with Derrick May for the birth of Rhythim is Rhythim.

In company with Eddy Fowlkes, Juan Atkins, Kevin Saunderson and Carl Craig, Damier was one of the protagonist of a musical movement in Detroit establishing The Music Institute and doing A&R at Saunderson’s KMS Records. In the early ‘90s he moved to New York for a KMS stint, but after a while he returned to Chicago and met Ron Trent with whom he created one of the deepest legacies of house music: Prescription records. Chez N Trent’s “Morning Factory” is more minimal than the whole minimal generation ever sounded, “The Choice” was eponymous for legendary parties in Germany as well as “Be My” all demonstrated a three-fold musical approach of equally-weighted influences from Chicago House, Detroit Techno and New York Garage.

After a musical break, Damier released a series of productions at Berlin’s Mojuba Records and launched his own new Project, Balance Alliance. His high level of output clearly indicates that his musical message is stronger than ever.

EDHID warmly welcomes Chez Damier in Istanbul to play Suma Beach on 12 July 2014. This is a great opportunity to catch this outstanding and humble character with a strong feeling for the dance floor.

Chez Damier Back to Basiscs Mix