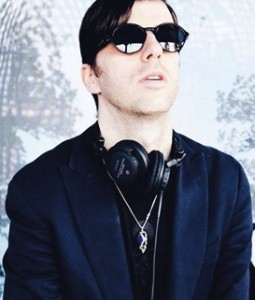 In German there is a saying that “someone needs to bring the rolls home”. Steffen Berkhahn alias Dixon took this with his German rigour and opened literally a bakery in Berlin. The former semi-professional football player may have secured the bread so, but for the remainder of the fully-laid breakfast table he is standing behind the decks for more than 20 years or as he once stated on his social media “Only the DJs are getting older”.

In a nutshell: Dixon is a DJ. According to Resident Advisor’s reader poll, he was even the world’s best DJ in 2013. What we know is that Berkhahn takes his handcraft very serious since the early ‘90s and learned how to built a night week after week at his residencies in Berlin. This knowledge and his talent resulted in the ability to tweak already hit tracks to club stompers that constantly blew the dance floors worldwide. In the early ‘00s he joined Jazzanova’s Sonar Kollektiv and heaved his reputation internationally as one of Germany’s finest house connoisseurs.

Together with Âme, my record dealer for many years, he established Innervisions as a label that re-defines contemporary house music’s boundaries with a solid understanding of its heritage. Hence, the motto for the night should be clear as one of the famous statements on the Innervisions tees: House, House, and more fucking House!