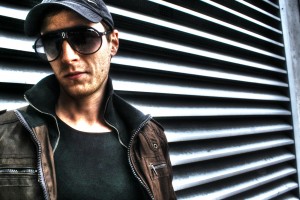 Moved to Canada to embark on an educational path, Emir Deniz alias EDNZ always stayed close to underground electronic music by producing first releases. The studied audio engineer returned back home to Istanbul in 2013 and is part of the Dinamo FM team. We thought to take a ‘SHORTCUT’ with him before his debut at RAW Istanbul alongside Ramon Tapia on 07th November 2014.

Where do you feel home?
I spent almost half of my life in Toronto, Canada but since my return to Istanbul in the summer of 2013 I can clearly say that there’s nothing like being back home.

When was your first contact with music?
I started playing classical piano at the age of 6 and it evolved into the state that I’m in at the moment.

Which was your first record bought?
Thriller by Michael Jackson.

Who is your idol?
Elon Musk.

Which is your favourite record store?
Release Records in Toronto.

What brought you to do DJing?
My love towards music in general and the early rave scene in North America.

When and what was your first mix?
In 2004, mostly progressive house.

How does a good warm-up stand out?
By knowing and respecting the sound/style of the artists playing after the warm-up DJ and carefully selecting/mixing tracks that will set the tone of the night accordingly.

How would you describe your style?
Serious, subtle, deep/dub underground minimal/tech-house/techno.

Which medium do you use to play?
Traktor Scratch Pro with vinyl/CD timecode.

What are your favourite spots to play?
It would be undoubtedly RAW Istanbul and the Dinamo FM studio.

Which record is your secret weapon?
I believe each record I play is a secret weapon, although they must be used in the right moment to give them that status.

What is the best thing about DJing?
Ability to express one’s self image truly.

What is the worst thing about DJing?
Being disconnected and out of tune with the audience, never happened to me but it really depends on the venue I’m playing, and I believe it’s a common hazard among DJs.

What is your personal hangover killer?
Herbal treats and lots of water.

Which art comes second for you after music?
Visual Arts.

Which word in local language is first to learn while travelling in a foreign country?
Beer.

What comes in your mind when thinking of Istanbul?
Centre of the earth.

What is your message to Istanbul’s audience?
Listen to dinamo.fm if you still haven’t done it yet.

Where do you play next?
Not confirmed yet, but stay tuned.

EDNZ plays RAW Istanbul together with Ramon Tapia on Friday, 07th of November 2014.