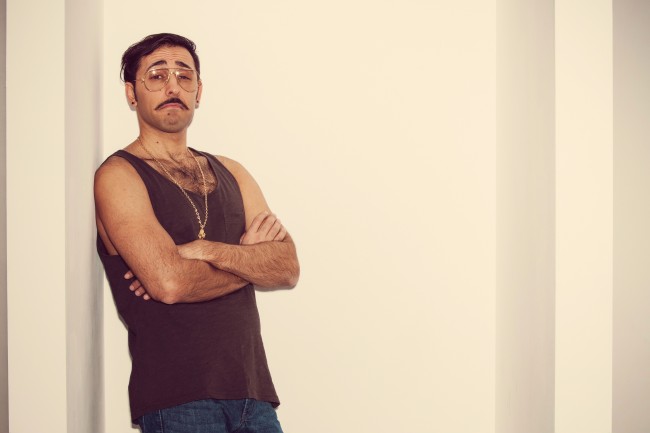 Two things came into our minds when thinking of Germany’s Mainz: carnival celebration and Butch. While the former completely fails in addressing our taste in music, Bülent Gürler alias Butch’s versatile production style took an important role in our record case with releases on Ricardo Villalobos’ Sei Es Drum, Radio Slave’s Rekids, Loco Dice and Martin Butrich’s Desolat, bouq and most recently his very own Otherside imprint. Butch plays comfortable a broad range from big festivals to small underground club. He just announced his new mixed compilation Watergate 18 for his Berlin residency where you can dance on Spree level. The release comes with an international tour including a stop in Istanbul at Cue Istiklal on the 12th of December. We took the chance to have a chat with our favourite, golden glasses, moustache man: Butch.

Hi Bülent! Besides the strong influence from your brother and his radio mix recordings, do you think that Turkish psychedelic music has had a significant bearing on you as well?
Without a doubt. The neighbourhood I grew up in was full of people with Turkish ancestry. No matter which friend I’d go to see, there was always Turkish music being played. But I wouldn’t reduce my influences to just my brother’s music or Turkish music, I am influenced by all the music I come across.

How important was courage and determination for your decision to embark on a musical path?
Determination is probably the most important factor. Or maybe better yet, persistence. Of course it also takes courage, but once you dive in there is no point of thinking about the courage that is needed, it only needs courage once. Persistence, on the other hand, has to be triggered nearly daily. You have to stick it, even if there are no signs that things will get better. It’s actually  like growing bamboo: after the farmer plants the bamboo seeds, he has to water and look after them for four years without even the smallest sprout making it out of the ground. After four years though, the bamboo shoots out of the ground at an incredible pace. Concerning a career in music, you have to also be aware that it might take far longer than four years.

You have a very versatile style of DJing. You play comfortable big festivals, in vogue Ibiza events like Circo Loco at DC10 or smaller venues likes Robert Johnson in Offenbach. Does this represent a difficult balancing act since it could easily fail and threaten the authenticity of your artistry?
Oh, I don’t think so. I have played so many gigs in my life that I have a very clear feeling for the venue I play at. That inspires me to play exactly what I feel fits to the occasion, location, time and setting. I always play music I love and as long as I do that, what I do is authentic to me.

Your career is characterised by disciplined work ethics. Do you think that the music industry’s selection process of the past ensured a certain level of quality and motivated aspiring musicians to achieve an advanced degree of productions?
Yes, you can see it that way. A certain amount of people had to give their OK before you could release music on a record back in the day, which obviously meant that a certain amount of people believed in the music enough to do that. It is a double-edged sword. Of course, it is great that everyone can now make music and just put it out there, but I sometimes fear that the world misses some great songs, just because there is so much music out there, that you simply cannot hear it all. I believe this situation will automatically bring forth those who stay at it over a longer time, because their craft will automatically get better and they build up a solid following as the years go by, in contrast to an one-track overnight hype. Nowadays, it is the amount of other musicians out there which forces you to get better and better constantly instead of record companies. Personally, I like that.

After bouq, Otherside is your new label and live project together with your studio partner Sebastian Hohberg. What influenced you both for the collaboration’s debut album and how would you describe its sound aesthetic?
Hohberg and I have been making music for around 8 years now. Last year he just started coming to the studio more and more again and it just naturally developed that way. We both love combining psycho-acoustics with trippy, dope beats, so the idea for the label and the project just came to us really. We make music to uplift your soul, tickle your brain and move your butt!

What is your personal challenge for the live performance of Otherside since you may feel more comfortable behind the decks as a successful turntablism veteran and DJ later?
We are still in the role finding process, I guess I will be more the Quincy Jones type of character, while Hohberg will be the whole orchestra. He is an incredible musician, so he will be playing the live instruments, while I’ll be more responsible for the sound, the arrangement and the whole flow of things. It is exciting, definitely. As you say, DJing is my second nature, it is like swimming is for a fish, just a natural thing to do, but I am new to this live-project thing. I love the challenge!

You had already your debut on Ricardo Villalobos’ Sei Es Drum label with your Rawhide EP in 2011. End of 2013, you collaborated with Villalobos under the moniker Butric. Do you think that you venture more into undiscovered musical paths and formats when teaming up with Villalobos compared to producing alone? Can we expect soon a Butric track lasting at least 32 minutes?
Haha, the original ButRic tracks are all 30 minutes or more. The UP EP is a cut, edited version of the songs. Since that EP we have made music together which is really experimental, it has not much to do with dance-floor music. I doubt that we’ll release it. We will continue making music though, for sure! Working with other people is always special, you always need to find the common wave-length and work from there. So in a way working with Ricardo necessarily takes me on a ride into the undiscovered and I love it. Plus Ricardo is just someone you immediately bond with, he is so open minded and so warm-hearted that I automatically feel his support when I try out anything weird. I also think that I take these trips into the unknown alone as well though.

You just released your Sinus Tones & 808s EP on Desolat that includes the track ‘LFO’. Some critics describe it as a companion of Butric’s ‘Up’. Do you agree and would you play both tracks at the same night?
I guess that works. “Up” is also still fresh on people’s mind and it has a lot of energy, same as LFO. I wouldn’t draw that comparison myself, but I wouldn’t disagree with it either.

How important is video nowadays to promote music? You seem to be also very active on your social media profiles, right?
Yes, I’m active because I enjoy it. It’s my way of taking a break from producing music. I am in the studio 5 days a week from morning until evening. I actually studied graphic design, I always enjoy working with graphics and videos. I do it because it helps promote my music, the way I want to promote it and is a fun way to take a break from making music. It’s a win-win for me.

What can we expect next?
You can expect incredible, breath-taking things to happen. Just stay tuned, it will be worth it!

Watergate 18 mixed by Butch will be released on 18th February 2015. Catch him during his international tour including a stop in Istanbul at Cue Istikal on 12th December 2014. 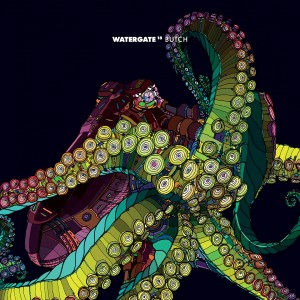