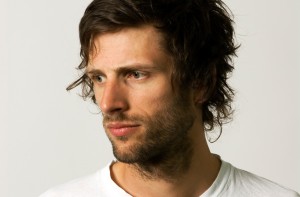 Who is the multi-instrumentalist, DJ, producer, studio partner of Prins Thomas, founder of his own imprint Feedelity that had a huge 2005 hit with his “I feel Space” track that’s been sold more than 20,000 times?

Raised on the outskirts of the Norwegian oil town Stravanger, Hans-Peter Lindstrom first listening was old folk music from the likes as Woodie Guthrie or Hank Marvin. During his adolescence he sang at school choirs and played in youth bands covering Deep Purple which blending over smoothly to funk and soul as he discovered the hip sound of the school disco.

Lindstrom who did not buy any house music at all until 2001, never claimed to come from club context. He likes songs and melodies so he just did something he thought was interesting instead of incorporating the dance floor perspective or DJ-friendly beat versions. The man with the everlasting disco tag, actually used to hate disco but he could not resist to the stuff with synth arpeggios.

Lindstrom’s indie attitude likes the contrast and the clash between the weird and the mainstream. Hence, Todd Rungren’s “International Feel” inspired him for his album “Where You Go I Go Too” that basically consists of three very long tracks taking its listeners to a musical voyage.