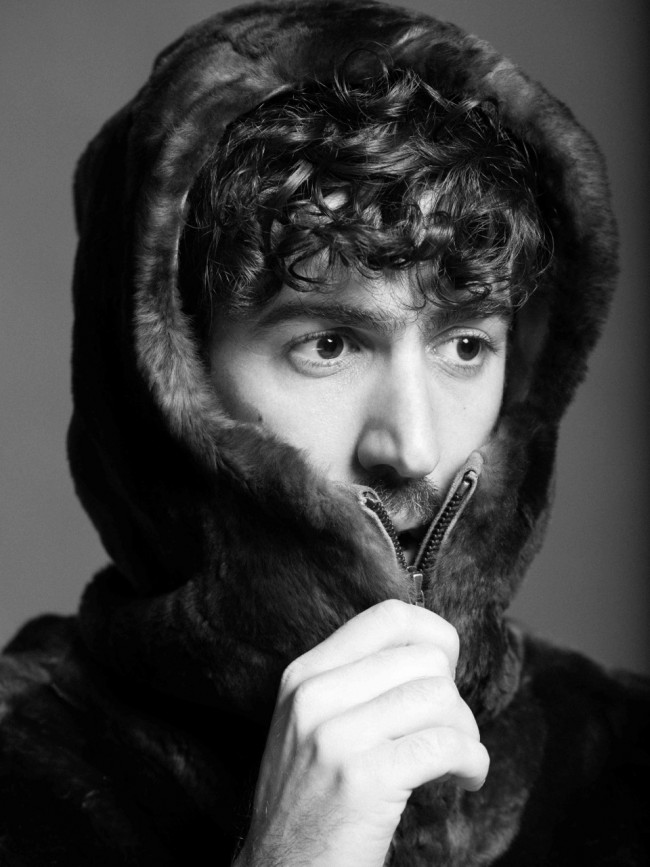 The Basque region is not only famous for delicious food and great modern art, Aitor Etxebarria alias El_Txef_A is one of the driving forces when it comes to timeless electronic pieces with a complex sound architecture. After releasing quality output on Permanent Vacation and Mule Musiq, his second longplayer We Walked Home Together saw the light of day in 2014, and now it’s time for a series of remix packages that will be released via his new imprint Forbidden Colours. El_Txef_A’s schedule is quite busy, so we took the opportunity to have an EDHID chat with him.

Hi Aithor! When was your first contact with music what role did it take during your adolescence?
I guess the first contact was when my father listened to some Basque folk at home. I remember waking up on Saturday mornings with that mood. During my adolescence I listened so much punk music of course. I was quite a rebel, I used to spend hours and hours listening to ‘La Polla Records’. Then I started listening a broad spectrum of music ranging from rap to house through techno. I still love folk and pop or simple said, I like every kind of cult music.

Can you pick randomly three Basque Folk songs that you would recommend to have a listen to?
Sure! I’m not sure if it’s 100% folk or not but at least it will be some good references of my background.

Would you underline a special club at which you learnt the craft of DJing, i.e. bending an arc of suspense over the night?
I took the first steps to DJing at a super underground and bizarre club called Revolution in my hometown Gernika. I guess that’s where i learned to play some long sets. And also at some illegal raves that we used to organise (smiling). I guess playing in Berlin for the first time back in the days was also a next step for me.

What about your studio set-up? Do you have a favourite analogue gear that you use at every production?
I’m not such a gear freak, but I have to say that this Boss Km-60 rotary mixer is a bad ass! Everything you pass through it sounds so dirty, love it!

Apart from your talent as a producer, you are a singer and pianist. How does it feel to work with your own voices or is there no difference?
Yes, I indeed sing and use some of my own vocals but, I think when you record your own voice it’s kind of difficult to be 100% satisfied because you know you can make it better or you know that at home you did it better some hours ago. In general, I love to work with another vocalists for my productions, I don’t think I’m such a good singer actually.

Roman Flügel said in our interview ‘even creativity has to be triggered by something.’ Do you have a method to trigger your creativity like scoring a video for instance?
I totally agree with Roman, sometimes you can be working for hours in the studio and then something weird, a random error for example comes out of nowhere and that makes the difference and you step up another level. Sometimes a different label ask you for music and it’s like another part of your brain opens for another kind of beat, another kind of sound etc. as well. Being coherent to your art, of course.

How did you allocate the duties for the remix package of ‘We Walked Home Together’?
It was very important for me to ask very timeless and creative artists and I also wanted the musicians that were involved on the project, so I just started talking with them some months ago and then it happened! There will be three packs of remixes, so first I tried to make a coherent first grey pack with some dark and timeless remixes. The second one will have little bit more of colours but still being mysterious.

What is the challenge of doing a remix for you personally? Do you think that some tracks can’t be remixed?
I think when someone trusts you to make a remix, you need to respect the original but do it in your own style, of course sometimes some artists just re-touch an extremely good production and it also works. I don’t know. I think when someone trusts you to remix the original you must to respect both, the artist and the song, and then do what you really love. Sometimes a track takes things from you that you never expected before, so you learn more about yourself.

Based on your experience from Fiakun, how important is social media, video and the choice of right distribution channel for the launch of your new label Forbidden Colours
You may think this days that social media are so important but I think in the end the music is still the important thing here, some people are blinded by just doing good promo, dropping their releases on social media everyday and they forget about the music sometimes. Of course, a great distribution is so important and also a good promotion channel. This time we are keeping it grayer, spending more time on the art.

What’s next for El_Txef_A?
Just signed a 10inch vinyl for Flumo’s Acid Colours Series and this month I will be focused on my live band stuff, I got two gigs next month in Madrid for public TV and in Bilbao at the main theatre, so the whole month will be full of rehearsals! I’m also working hard for forbidden colours next EPs. I’m extremely excited about this new era.

WE WALKED HOME TOGETHER REMIX PACK I will be out via Forbidden Colours on 10th March 2015.