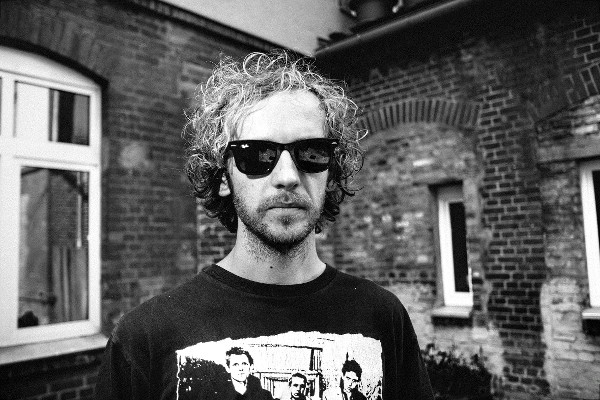 If we would ever start a film project, Pascal Pinkert alias Dollkraut would be our favourite pick to score the cinematic piece. His music is steeped in acoustic warmness and invites with an surprising ease for a journey through time. As he just released his debut album Schimanski’s Black Lullabies, we caught the analogue sound wizard for a conversation about his inspirations, sound aesthetic and future plans. Enjoy!

Hi Pascal! If you have to burn down your entire record collection except three pieces, which would you pick and what memories do you associate with them?
Actually we would have a serious problem cause I’m so not going to burn it ever. However, records that mean a lot me are definitely the ones from my father and especially the Jimi Hendrix with Curtis Knight LP. Also my first 12inch on Sound Architecture, when it all started and of course my John Barry and Portishead collections. You see, I just cannot name only three.

Did you ever play in bands or had you ever the desire to do so?
In 2013, I started a band called LOLA and toured through Germany with it. Members were Debby Blauwendraat and me. I had to form it a during very short period of time because I had the chance to be the supporting act for Brandt Brauer Frick during their tour where we performed at places like Berghain, Zoom Frankfurt, Gloria in Cologne and at Übel & Gefährlich in Hamburg. I’m now busy to form a band around the Dollkraut music, this should be up and running somewhere in 2015.

Which analogue equipment did you buy first and what makes you feel uncomfortable with digital production styles? A Resident Adviser review states that you remix for Paul Frick’s ‘I Mean’ sounds as if it would have been ‘mastered off a cassette’.
The first analogue gear I bought would probably be a mixer. In my opinion it should still be the centre of the production studio. I use it for dubbing, recording and mixing. It’s just the way to go for me. I do have a Mac Pro for some arranging, so it’s not that I fear the more digital approach of the recording chain, it is just what I got used to. If you would ask why you should use analogue synthesizers instead of software, the answer would be more easier. They just sound different, you can’t compare it with software, you know that when you used one.

Does cinematic art inspire you? Could you imagine to start film scoring projects?
It inspires me the most, I love it when a composer catches the tension of those film moments. I definitely want to work on some kind of score for moving images, film or contemporary dance pieces.

You have the ability to reinterpret tracks in a way that your versions sound like ‘fake originals’ as some critics say. Do you think that this somehow overshoots the purpose of a remix duty?
I just try to bring my ideas into the sound of the original. If these ideas would end up in a whole different sound, it still has the same purpose of a remix. It just had a different way of looking at it.

Your 2010 Loot EP on Doppelschall created an international stir. How important was the decision for you not to limit yourself to a successful career with house productions?
It wasn’t really that I limited myself, I was just bored with that kind of stuff. I actually never listen to ‘house’ or something like that at home. I think I wanted to trigger myself by doing some more ‘musical’ stuff lately.

Your Theme of Fukoyama EP received support from Dixon and many others last year. Have you been surprised by the support it received?
Yes, it’s always good to get some feedback from people who are actually playing it but I didn’t expected this. Big up to Dixon by the way, very thankful he played it that often.

In almost six years you had six releases of which two came out recently. Your debut album Schimanski’s Black Lullabies was released on the 1st of December via Berlin-based label The Gym. Did you feel more creative recently or why have you been hesitant to embark on a musical career?
Well, actually I worked my ass off the past six years to get these releases out in the open. But for some reason I didn’t really got picked up, maybe because it wasn’t always just ‘easy’ music. I mean for a bigger audience. I can’t do obvious stuff, it doesn’t interest me and that’s also maybe why it took so long getting some attention for what I do.

What is the concept of Schimanski’s Black Lullabies?
Not really easy to explain. I like the times when you really couldn’t get pass those typical 70’s movie themes or music from TV series like The Avengers or The Persuaders. I wanted that kind of vibe. There were also some recordings I really wanted to be on this album like the more weird ‘world’ kind of ‘disco’ but which you could easily put under a movie scene.

What can we expect next?
I’m very busy with the band and getting this setup together, this will take some time of course but we’re getting there. Next to this, I’m doing a remix for Ivan Smagghe and Tim Paris, a new EP will be there somewhere in the beginning of 2015 and maybe a new album too, who knows.

Dollkraut’s debut album Schimanski’s Black Lullabies is out via The Gym Records on 1st of December 2014.