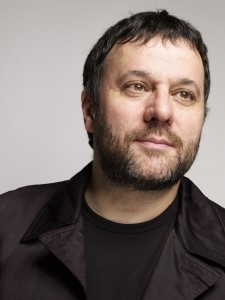 The desire to be a jazz drummer right at the creative origin, led Kevorkian to New York in 1975. The competitive scene in the Big Apple, however, redirected him soon to focus on DJing. Kevorkian’s self-taught disco medleys spread like wildfire and resulted in an offer to do the A&R job at the back then small indie disco label Prelude. His eclecticism served landmark dance floors like Studio 54, The Loft, Zanzibar and The Paradise Garage with its equally legendary resident DJ Larry Levan. A decade later in 1996, he established together with Joaquin “Joe” Claussell and Danny Krivit New York’s legendary Sunday afternoon party “Body&Soul”.

Even playing in front of the people for 40 years, Kevorkian is still striving to give listeners his soul by voluntarily shocking them with his live performance that aims to incentivize the listeners’ creative thinking process that can witnessed at his weekly Monday residency “Deep Space” at Manhattan’s Cielo Club since more than 11 years.

François Kevorkian is playing together with Ben UFO Orange Date at Xuma Beach Bodrum on 01 August 2014.