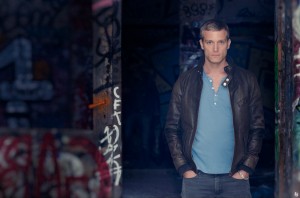 What do we actually know about Berlin born DJ, producer and Klockworks’ founder Ben Klock? You may have already embarked on a journey with his marathon sets that stand out with hypnotic, deep and heavy grooves or as described in his own words with a kind of sexiness.

As a child he dreamt to become a jazz piano player. However, the Acid House wave in the ‘90s completely thrilled Ben Klock and resulted in playing Berlin’s milestone clubs as Tresor, Cookies or Techno worshipper’s cathedral Berghain. A Berghain resident since its inception in 2004, Ben Klock contributed an attractive variation to Modern Techno alongside Marcel Dettmann, Len Faki, Marcel Fengler and Norman Nodge. Heavily travelling around the world, he conveys Berghain’s signature sound that is characterised by a powerful, hypnotic note with maintaining always its appreciation for early Detroit Techno and Acid House.

EDHID is looking forward to welcome this exceptional DJ in Istanbul on Friday, 13 June 2014.