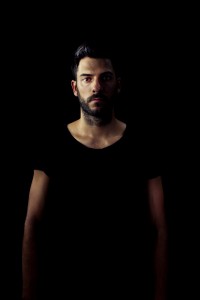 Daniel Kyo followed his father’s footsteps with being an eclectic music purveyor for the dance floor. His multi-faceted DJ sets are as diverse as Valencia’s famous rice dish Paella, ranging from disco-influenced, Leftfield-esque electronica to jackin’ house or even stomping techno. Daniel Kyo shared the decks with living legends like Nicky Siano, Larry Heard, DJ Rolando, Carl Craig, Richie Hawtin or Laurent Ganier among many others and made people dance on several continents with his groove. Besides his craft as a DJ, he demonstrated early his talent in creating his own pieces of music and mastered skilfully the difficult task of reworking an instant classic as his reinpretation of Stevie Wonder’s ‘Superstition’ manifests. Enjoy our chat with him about his first contact with music, experiences of being a DJ and programmer as well his versatility.

Hi Daniel! Can you select three influential records from your dad’s record collection and what memories do you associate with them?
It´s hard to choose just three records as we were always listening to a lot of music but if I have to pick, I would probably say that OMD, Vangelis and Jean Michel Jarre were definitely some of the artists that influenced me and continue to do so. The three of them were among the first bands that brought the analogue synthesizers to the big crowd and synths in general have always been my favourite piece of hardware when creating music.

Where did you have your first contact with music from Detroit and Chicago? Is there any special radio show or record store that influenced you?
My biggest influences from Detroit and Chicago have been Carl Craig, Aaron-Carl, Chez Damier and Larry Heard. I´m really fortunate that I have either DJ’ed alongside or produced with all of them and all these experiences represent inspirational moments of my career. Furthermore, record stores like 3MV, which had an amazing selection, in my home city Valencia and DJs like my good friend David Verdeguer helped me to form an understanding of house and techno.

You did the programming of Mini Club Valencia where you welcomed a diverse range of artists like Nicky Siano, Metro Area, Larry Heard or Carl Craig. How was it to experience the music scene not from DJ but booker perspective?
It was a really big commitment and at the same time it provided me the chance to host a diverse range of quality artists like Maceo Plex, Ewan Pearson, DJ Rolando and many more in Valencia at a moment when there wasn’t too much going on. During this period as well, I really matured as an artist and resulted eventually in taking a new role as a programmer for the Electrosplash Festival in Spain’s Vinaròz. Last year, we booked artists like Nina Kraviz, Ivan Smagghe, Craig Richards, Pional, Tensnake and many other musicians in order to create an eclectic programme with rare DJ performances for the music scene in mainland Spain.

Do you think that the role of the Resident DJ is dead?
This is a question that worries me a lot. I think new technologies that allow aspirants to be a ‘DJ’ with just few clicks on their laptops and having club owners that aim for quick financial results make it really difficult for DJs to establish a residency or something regularly in a club since all of them want to show what they can do in two hours or even shorter slots. I also feel that some high profile DJs are not really helping at all on this, as they look like newcomers in their sets these days with being stressed about having several tracks, loops plus horrible FXs that actually prevent people to enjoy and learn more about the music of the respective night, which unfortunately means that some greenhorns even try to emulate this practice.

The style of your productions differ from jackin’ tunes at Poker Flat, Mood Music to deeper vibes at Drumpoet or even disco-influenced, Leftfield-esque electronica at Discos Capablanca. Have you ever thought to release under different monikers or do you think that this diversity in releases reflects also your style of DJing?
I think it makes sense that I´m releasing all my music under the same name for the moment as I prefer to be as versatile as possible at DJing or producing music. Given the atmosphere of the club, I love to take people on a journey from slow and dark realms to more up-tempo, groovier sections during my performance. My main goal is always having my crowd dancing.

How does it feel to work with your own voice at some of your productions?
I attended music school for several years to learn guitar and keyboards but I never had tried singing on my productions before. At that time, I couldn´t find any male singers that really inspired me and that eventually encouraged me start singing lessons last year. I have to say that this was one of the best decisions of my whole career so far. Hence, you should expect more tunes including my own vocals as my forthcoming ‘Running’ EP on London-based label Days of Being Wild.

Your remake of Stevie Wonder’s Superstition was quite a hit in 2011 and also the first release of Basic Fingers Records. How did the idea come up to reinterpret this classic?
This is the only rework I´ve released officially and it was a lot of fun. I found the stems for Superstition and decided to make something totally different from what the original track was offering. I just took the vocals, played some keys and make a tune just for the dance floor.

How did the collaboration with Mr. White, who had huge success with contributing the vocals for Larry Heard’s ‘The Sun Can’t Compare’ and Marcus Worgull’s ‘Spellbound, evolve?
Chad (Mr. White) is a really professional singer with an amazing voice. I just got in touch with him and sent the track and he just replied with ‘Yes’. I was very happy with how the tune finally sounded and Drumpoet Community accepted it right away so it worked out very nicely.

You just started a new online podcast series called Modus Radio. Do you think that the time traditional FM band radio is over?
I haven´t tuned FM radio for years. Nevertheless, I´m sure it will proceed similar to the story with vinyl that there will always be people who prefer the old analogue way but of course the digital revolution continues, especially when talking about information. I really enjoy this project and to alternate with my co-host Rick Maia who is a resident for FACT Worldwide Events in Barcelona.

What can we expect next?
Absolutely a lot! I´m experiencing one of my most productive periods with a great flow of creativity and produce music constantly. My next EP will be released via Days Of Being Wild at the end of 2014. The release includes three original tracks with my vocals and a remix by the master Headman so I´m very excited about it. Also for early 2015, I will have more work to be released on Discos Capablanca and a bunch of further releases before summer.