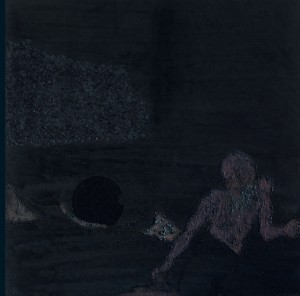 “Save me because I am lonely

I thought your were happy”

Roman Flügel dropped jazzy, percussive facets from his Dial debut album Fatty Folders in 2011 with a darker guitar-loaded sound spectrum. “Connecting the Ghost” celebrates indie influences right at the beginning while “Friendship Song” is creating a post-Kraftwerk atmosphere with a mind-blowing climax that could only be topped if Dave Gahan would turn the corner.

“Stuffy” and “Tense Times” sound like the result of a surreal telepathy between Flügel and The Asphodells (Andrew Weatherall and Timothy Fairplay) resulting in an equilibrium of forces without a winner except the outcome. Grating, aggressive claps at “Parade” whip the listener to the intro of “We Have A Nice Life” standing out with its intro that explodes with an acid drum programming and eventually taking off with techno at “Occult Levitation”.