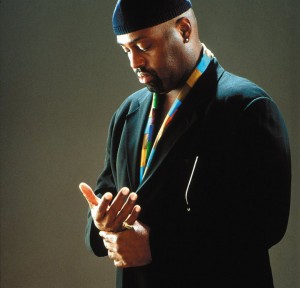 The intuition of EDHID is to provide a platform for discussing and challenging the boundaries of modern dance music. A proper understanding of dance music history is required, however, to evaluate current trends and forming the future. Hence, I would like to dedicate the first post of EDHID to Frankie Knuckles, also known as the “Godfather of House Music”, who passed away on 31 March 2014 at age 59.

Mr. Knuckles, born as Francis Nicholls in the Bronx on 18 January 1955, began hitting New York’s after hour spots such as David Mancuso’s Loft, the Sanctuary and Tamburlaine amongst others at an age of 16 with his teenager friend Lawrence “Larry” Philpot who changed later his surname to Levan. Franckie’s mother passed away just a year ago and he decided neither to stay with his father who re-married shortly nor with his sister and moved in with his teenager friend. Knuckles had a strong interest in fashion and went to the High School of Art & Design and worked later at Bloomingdales. In 1971, he was not a DJ yet, a friend offered him his first residency at Better Days, a Times Square Club, to play Monday and Tuesday receiving 50 Dollars for each night. Six months later, he was out of the job but it was enough to give him a taste of what it was. In 1972, he started to work at one of New York’s most important early discos such as Nicky Siano’s (known for his smooth blending technique) The Gallery where he was blowing up balloons, decorating the club before it opened and mixing Acid in the punch. Two weeks after getting the job, Knuckles recommended his friend Larry Levan to join The Gallery. After a while, Levan left The Gallery for starting a residency at Broadway’s The Continental Baths and Knuckles joined him for doing the lights or filling in when Levan overslept or took his extended bathroom breaks.

Levan left The Continental Baths as well, this time to play a residency at sound master Richard Long’s club SoHo Place. Knuckles had taken over Levan’s spot at The Continental Baths until it closed in 1974. In the meantime Levan was collaborating with Michael Brody and started residencies first in Reade Street and eventually at the Paradise Garage. In 1977, Robert Williams approached both about opening a members-only gay club in Chigago that should be called “The Warehouse”. Both met Robert Williams the first time as their juvenile council in 1970 when Levan and Knuckles were arrested for grabbing some doughnuts from a pastry truck early in the morning after a club night. Levan, Knuckles and Williams were also regular guests at the Loft. Williams asked Levan to play a residency at The Warehouse which Levan declined since he wanted to focus on building up the Paradise Garage. Knuckles was out of work at that time so he embraced the opportunity to demonstrate his talent at The Warehouse that opened only on Saturdays.

The Warehouse was known for a particularly soulful strain of disco, one that maintained its connection to R&B via Philly soul’s lush strings and pulsating rhythms. As there were few new records being released that fitted the style he wanted to play, Knuckles modified the records to suit his crowd, and mixed the soul with synthesizer-based productions from Europe and edgier cuts from the New Wave scene. He began re-editing old ones to freshen them up, splicing tape to make their instrumental passages longer, or snatches of vocal repeat over and over again, adding new sounds, playing them in the club with a drum machine underneath them to alter the sound of the beat. At first with the rhythm settings on a home organ but he soon moved on to the Roland TR-909 that he bought from young Derrick May. The sound of the club was so unique that it attracted its own name. Knuckles claimed that he had never heard of house music until he passed a Chicago tavern with a poster in the window claiming “We Play House Music”. On Knuckles’ inquiry what it meant, he was told: “It’s the stuff you play.”

Over the course of the next years the popularity of the formerly members-only gay club increased resulting in a rush of a straighter, whiter, mixed crowd leading finally its owner to eschew memberships. In 1982, Knuckles was dissatisfied with the constrained visionary level and the increased criminality at The Warehouse and left for opening his own club called “The Power Plant” that closed in 1986. One year later Knuckles tried it again with “The Power House” that also closed shortly afterwards due to administrative restrictions.

After 15 years behind turntables, Knuckles focused on own productions. Irwin Larry Eberhart II alias Chip E. signed him as an artist and produced his first own record “You Can’t Hide”.  Knuckles already worked together with Jamie Principle whom he supported to produce his tracks “Your Love” and “Baby Wants To Ride”. After Trax Records submitted an incredible offer for “Baby Wants To Ride”, Knuckles sold it and started a tour in England thereafter. Rocky Jones from DJ International found out that he sold “Baby Wants To Ride” to Trax Records and broke into Knuckles’ office for stealing a copy that he released afterwards. Apart from this mafia-style business practice, Jamie Principle was not aware that Knuckles had sold his tracks and that most of the copies only cited Knuckles as song writer. He distanced himself from Knuckles and responded by producing the track “Knucklehead”. Knuckles left Chigago subsequently and returned to New York after a short halt in London in between and started a new residency at the Sound Factory Bar.

Over the course of the next ten years he remixed all pop icons and established with Judy Weinstein and David Morales Def Mix Records with its signature sound. In 1998, he received the first time Grammy as “Best Remixer”. The increasing prevalence of Hard House, Techno and Trance in dance music at the end of the 1990s, however, triggered an inspirational stagnation of Knuckles leading him to think about to quit producing music. In addition, he broke his right leg at snowboarding in Switzerland and doctors administered a 1 year break to save his leg. However, Knuckles was not able to allow himself such a break leading to a severe ostitis and eventually amputation of his right leg in 2008. Relieved from his suffering for all the years, he regained strength and motivation for producing music again. Andy Butler of Hercules & Love Affair asked Knuckles even before the surgery for a “Def Classic Mix” of their song “Blind”. Knuckles called them insane since he felt nobody wants to listen his style of music anymore. Butler remained stubborn and waited nine months until Knuckles recovered from his surgery and he finally agreed. “The Def Classic Mix” of “Blind” turned out to be a great success and Knuckles mentioned that he is thankful to Hercules & Love Affair that they persuaded him to revive his true love – Music.

“I think dancing is one of the best things anyone can do for themselves. And it doesn’t cost anything.” – Frankie Knuckles

Night Writers – Let the Music (Use You)