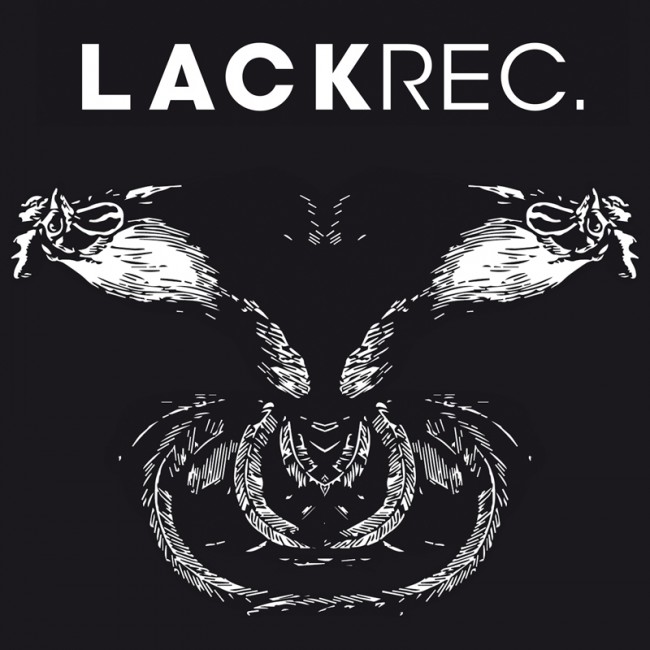 Claudio Banti and Pablo Mateo Sanchez call the sound of their imprint LACK REC. as Berlin dance music for people with soul. If you answer with ‘Yes’ now, than you should keep watching the duo’s DIY-label that just released its catalogue no. 5 by D-IX, which is also an ideal timing for an EDHID chat. Enjoy!

Hi! Who are behind LACK REC. and what are their respective musical backgrounds?
Claudio: Merhaba! Claudio Banti for the whole business aspect and Pablo Mateo Sanchez for all musical concerns.
Pablo: my musical background is definitely the early ’90s New York rap shit like J DILLA and MADLIB, neo-rap like rjd2 and the whole anticon. stuff and British electronica (Warp Records and artists like Chris Clark , Autechre and many more).

When did you launch LACK REC. and what is the vision of label?
Claudio: in the early end of 2013 we decided to create this platform as nobody wanted to release Pablo’s music. LACK REC stands for a nicer world, love, tolerance, a minimum of pleasure, sexual freedom and lifting taboos around the unknown.
Pablo: idiots. They were asking for stupid built-up-breaks and idiotic filter-noise down-lifters. I remember when I was showing some people ‘Roxy’ and received feedback like : ‘oh , dude… that’s a lot of noise and the beat is not straight enough. I was really confused. Omar S. opened a lot of doors for this kind of music.

Your releases received strong support by the Innervisions camp, Laurent Garnier, Axel Boman and many more. How would you describe the label’s sound aesthetic? Should people be able to associate a certain sound with a label?
Take the rave from Panorama Bar’s dance floor (2006 till 2010), mix it with a lot of LONG ISLAND ICED TEA, use the cheapest equipment you find and use a fucking computer; that’s it! We hope people associate a lot of soul trance with our label. Berlin dance music for people with soul.

After a release on Curle, Pablo Mateo released on Oliver Hafenbauer’s Die Orakel recently. How does his solo productions differ from his collaboration with D-IX under the moniker Liit?
Pablo: I’ m more relaxed, D-IX is definitely the guy who inspires me — every day — but it’s a pain in the ass to work with him. You can’t imagine how much funky hook lines I deleted because of that guy. The only thing he always says is (in German): ‘zu wimpy’ , ‘mach die Scheiße weg’, ‘das klingt so dumm wie …’.

What is your release policy (i.e. vinyl-only and/or digital)? Assuming you have to choose between vinyl quality and artwork, what would be your pick?
Music for everyone. We know enough people without record players but  with a passion for music. in the end it’s not a question about which we think too much. Vinyl for a better world? We’re all collectors of great music, and we love our records, but good music is music, is music.

Do you have a preferred mastering studio?
LACK REC. Berlin mastering.

How important is video, social media and the selection of the right distribution company for promoting the label’s output nowadays?
Claudio: we do everything by ourselves at the moment. The most important nowadays is: SAPERE AUDE! and don’t take yourself and everything too seriously.

Do independent labels receive a fair share for their music that gets played?
… … …

LACK005 produced by D-IX is out via LACK REC. end of January 2015. Get your copy from your trusted dealer.