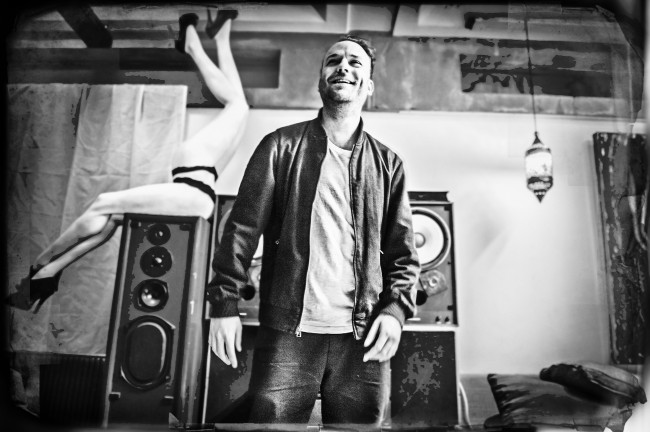 Boris Werner is one of the few constants in Amsterdam’s ever-changing night life. Laying the foundation of his DJ craft at his pivotal Vreemd weekday party between 2005 and 2009, an international career followed with various tour stops on each continent, including also reputable residencies like Circo Loco in Ibiza, Loco Dice’s Under 300 tour or at Amsterdam’s very own Trouw. We are closely following Amsterdam’s scene and are a big fan of his Acid Casino EP on Tom Trago’s Vovage Direct imprint, so it’s time to have an EDHID chat with Boris Werner.

Hi Boris! When was your first contact with music what role did it take during your adolescence?
Hello! My first contact with music was music from my dad, stuff like Chet Baker, a lot of soul from Stax Records and some other jazz. Later I taped a lot of radio shows where I got influenced by a lot of other music but mostly hip hop and house. This influenced me big time, I always walked around with my walkman.

You are renowned for your marathon sets at your WIP WAP parties. Would you pick a special residency at which you learnt the craft of DJing, i.e. bending an arc of suspense over the night?
My Vreemd residency at the Sugar Factory between 2005 and 2010 was for me really important, now I look back at it. For young DJ’s it’s important to have a place where you can grow as a DJ, to learn to read the crowd and make as much hours as possible. And of course my residency at Trouw had a big influence but that speaks for itself I think.

Amsterdam’s club landscape changed significantly as three influential clubs closed down in a row around 2005 and electro clash found its way into the club scene. How did you experience this period and did you ever thought to move?
I never was a big electro fan and around that time the whole minimal wave came flying over from Germany which influence me a lot. Lauhaus and me were thinking about moving to Berlin around 2007, but luckily we didn’t cause otherwise we would have missed the whole new Amsterdam School wave.

You hosted your own nights at legendary Trouw for almost five years. We never saw so many crying men all at once as at Trouw’s closing party. What made the club so special and how did it raise the bar for its successors?
I was one of them, haha! People have to understand that the first lets say 2.5 years were a real struggle for the club. You had good nights but it was such an immense building with not only a club that opens from 11 till 5, that it would take a lot of work to make it all happen. People only remember like it was a huge success from day one, but it wasn’t. All the people involved, from the doormen, to the cooks, to the bartenders, people in the office and so on, worked their asses off to make it the way it was. I think that’s one of the reasons why the club eventually had such a huge impact and success. Everybody is thinking what will be the next Trouw but I don’t think that there will be one like this in years to come.

What about your studio set-up? Do you have a favourite analogue gear that you use at every production?
I’m moving my studio in a few weeks. In May last year, I had to move out of my old one and till this time I couldn’t find a new place to stay. So you can imagine how happy I am to be able to work full-time again. I’m using the Moog Voyager in all my tracks for the last 2 years, it’s my little baby.

You collaborated with Lauhaus and Masomemos in the past. Do you prefer the creative process of working alone or would you like to collaborate more in future?
I prefer to make music by myself most of the time but also like working together with someone. I didn’t collaborate much in the last few years but that can change easily when I have my new studio and have guys like Efdé, San Proper, Tom Trago and Maxi Mill just around the corner.

You are hosting a radio show under Rens Worbier at which you play everything but house and techno. Why did you choose a moniker to showcase your musical diversity?
The fact that I’m using a moniker for this is because I already released some disco/funk edit under that name and the fact that it has nothing to do with the sound of Boris Werner, I thought it would be nothing more than logical to create an alias. In this case an anagram of Boris Werner.

How did your summer residencies at Circo Loco contributed to attract a global awareness? Did you ever have mixed feelings about the commercial side of Ibiza?
Ibiza has two sides for me. One is the party side, the other side is the island itself and it’s beautiful nature and beaches. The fact that the island changed from a hippie island into a party island has a lot to do with the evolution of house music. That it got more commercial over the years, just shows the music became more and more popular over the years. But what didn’t change much is the island itself, i’m really happy that it got preserved in a way it’s still authentic.

How important is social media and video for music promotion nowadays?
It is way more important than 5 years ago and that has everything to do with Facebook. I’m trying to be as much as updated as possible with it but to be honest I got a love and hate relationship with it. Music video’s has always been important. I grew up with MTV but it isn’t really relevant anymore like the old days mainly because people can decide now when and where they want to watch it using YouTube or Vimeo.

What’s next for Boris Werner?
There will be some remixes coming out soon on Rejected, a track from an old moniker of Eric de Man called Astrophunk and a remix for Son of Sun, 2 friends of mine from London. And as I said before, I’m moving my studio from my own place into a proper studio soon and will be sharing this with Maxi Mill, a compadre from the Voyage Direct label. So I will be focussing more on my own productions in the next few months again.