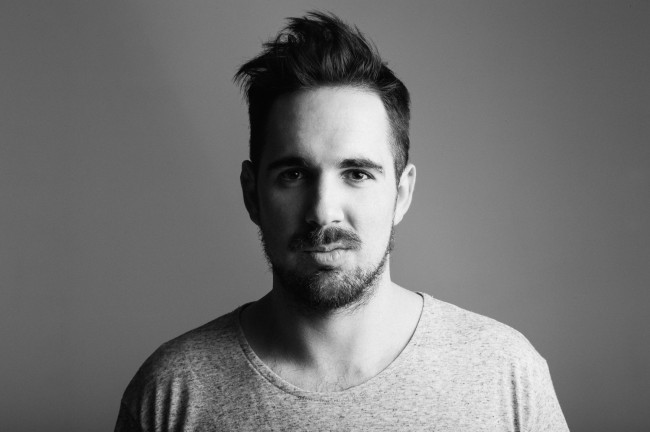 Marius Maier alias Re.You became rapidly a three-pointer in the tech house league with releases on KeineMusik, Souvenir, Saved, Moon Harbour and Mobilee recently. He just contibuted Vol. 9 to Mobilee’s Back to Back series and embarks now on an international tour with a stop in Istanbul on 6th March 2015. We took the opportunity for an EDHID chat.

Hi Marius! When was your first contact with music what role did it take during your adolescence?
When I was little, about 4 or 5 years old, my dad brought me to open air jazz concerts or we listened to one of his newly bought records which he got with me on a flea market. We often went together to flea markets and he always was checking all the second-hand records. He has quite a huge collection of jazz, rock and blues records. Me on the other hand, bought my first record at the age of 13. It was a LP by Gang Starr. I still love this kind of hip hop.

How important was it for you to complement your live career with a solo project under Re.You and to start DJing? Do you think that both projects benefit form this versatility?
I started doing music with my two brothers as a teenager. We split up over 6 years ago so I started to focus on my own career under the alias of Re.You. One day I played a gig in Berlin and met Rampa. We were just saying ‘let’s go to the studio together’ and the next day we really did go. We started with our first track ‘Work’, which was released on Keinemusik, and became good friends. That was also the point when we decided to start RAR. We like to work together which I guess is the key for our synergy.

Would you underline a special club at which you learnt the craft of DJing, i.e. bending an arc of suspense over the night?
As I mentioned before I started with my brothers as a live act, so there was no certain club. It was a learning by doing type of thing. I think, I still improve every time.

What about your studio set-up? Do you have a favourite analogue gear that you use at every production?
At the moment, I’m in love with my Analog 4 Synthesizer by Elektron. The handling is a bit complicated but I love the sound and I used it quite often for my last productions. The other thing I love to use is the KD7 Delay by my friends from Keinemusik. It’s a modification of Boss’s DD7 which is well-sounding as well.

You just released Mobilee’s Back To Back Vol. 9 compilation celebrating the label’s 10th anniversary. At Disc 2, you did a 30 minutes jam session with sampling 18 tracks from Mobilee’s catalogue. What is your general view on sampling and how did you feel the challenge to create something new out of existing material?
I think sampling is a part of our scene. I know a lot of good producers who sample quite often. I also sample from time to time but in a creative way. I try to make something new out of it — not like ‘stealing’. For the ‘Back to Back Compilation’ vocals were the main element I chose but I also used some synth lines and pads which was harder to get them into my work. I really love to work on remixes, doing something new with already existing parts, so this project was a pleasure. In the end, I’m happy with the final result.

Roman Flügel said in our interview ‘…even creativity has to be triggered by something.’ Do you have a method to trigger your creativity like scoring a video for instance?
Not really, sometimes it flows sometimes not. I don’t have a method.

You will debut on Kompakt Records’ Speicher series in the beginning of April. How did the selection of ‘Fantasy’ and ‘Robot’ evolve and what influenced you for these tracks.
When traveling I always have my laptop with me to produce. If I have some new ideas on my mind, I try to capture it and go to the studio to finish my layouts. So after a good weekend I had this synth melody on my mind and played it on a little midi keyboard. Afterwards, I finished it using my analogue gear in the studio.

We read recently a provocative quote as ‘when u release ‘vinyl-only’ you aren’t actually only releasing vinyl. You’re just letting someone else release it digitally.’ What influenced your decision to have only physical releases at your imprint aRARthing and how did your international fan base respond to it?
aRARthing is just about music. No artwork, no intermediate fooling around. Just Music — hard, direct and dirty. The first records were sold out without any advertising. The responses by our fan base are really good. They appreciate it even if they don’t have the opportunity to buy one. I think we can slow down time with a project like that. Everyday customers get overflowed with music and I think it’s good to have a timeless vinyl-only project. Today, I still get compliments from DJs from all around the world who discover the first release just now.

How important is social media, video and the choice of right distribution channel for promoting the label’s output and artists nowadays?
It’s super important to be present on the web. But honestly, I’m not that much into it anymore. I know many DJs and producers who are promoting every single post on Facebook, spending a lot of money and try to get the full focus on their fan pages. Me on the other hand, I like to focus on good music and try to get the reputation with that.

What’s next for Re.You?
Besides my upcoming EP on Kompakt/Speicher in April, I just signed a follow-up EP on Mathias Tanzmann’s Moon Harbour Records, planned another vinyl-only release with Rampa on our own label aRARthing and I also work on a remix for Butch which is coming in spring or early summer.

Mobilee Back to Back Vol.9 compiled by Re.You is out now.