Life is a talk with Ruede Hagelstein 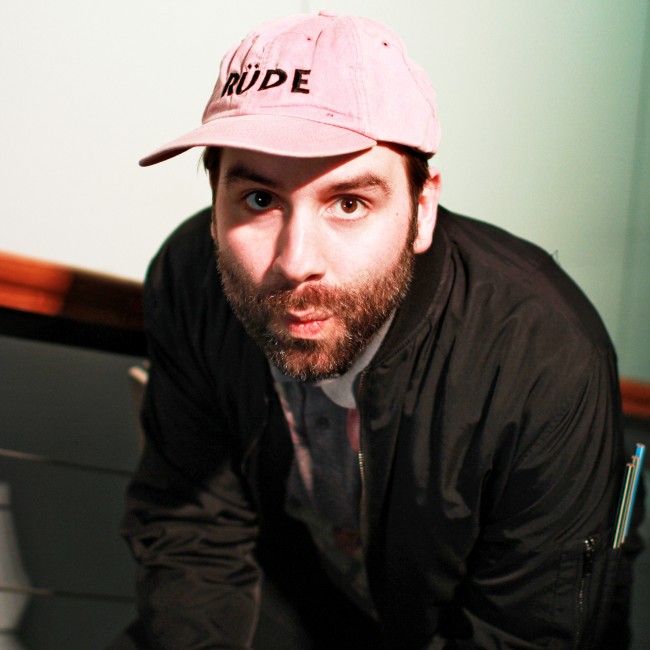 Trance System Division’s ‘Ypnotic Source’ was Ruede Hagelstein’s first record bought. The debut album of the Berlin-based producer is Apophenia, a term that describes the experience of seeing patterns or connections in random or meaningless data. If you compare both terms, you might assume that euphoric dance music determines Ruede Hagelstein’s world since more than two decades. His first longplayer  has an emotional touch that offers a peak-to-peak amplitude in moods at an uniform tempo. We think that Apophenia will be our loyal companion of the upcoming summer, so it’s time to catch Ruede Hagelstein for an EDHID Chat.

Hi Tobias! When was your first contact with music what role did it take during your adolescence?
Music was there all the time. My father used to build his own speakers. Even if there was no musically educated backround in terms of writing notes and playing an instrument, there was a lot sounding inspiration in my family. When I was 12, I became a fan of techno. We had some English radio stations broadcasting here in Berlin. My parents hated it. I got infected by underground acid music and popular artists like KLF or Moby.

Over course of your move to Berlin in the early ‘00s, you started writing for Flyer Magazine. Do you think it is difficult to write seriously about emotional electronic music?
Basically it makes not a big sense to talk to much about music. Mostly a record review is always the view of one guy for one moment. I don’t take them too serious, since I do music by my own.

Would you underline a special club at which you learnt the craft of DJing, i.e. bending an arc of suspense over the night? How would you compare your DJing alone with your back-2-back sets with Fraenzen Texas as The Cheapers?
I’m resident DJ at Watergate since more than seven years now. It’s the place I played and learned the most. Before that, I was playing on many underground parties and clubs like Bar25 here in Berlin. Since I’m traveling a lot, I learn more about the different club cultures and international tastes of music. DJing alone means more concentration, more focus on what I do and want. If you play b2b than you answer and request music. It’s more a social thing then, but you have more time for drinking. That’s nice!

What about your studio set-up? Do you have a favourite analogue gear that you use at every production?
Oh I love my MFB Tanzbär. It’s a drum machine, which serves me every kick drum. And I like the combination of Arturia Minibrute and Moog Slim Phatty for basslines. And I love all the Roland Polyphon Synths for chords and strings. At the same time I use VST from Arturia a lot. And there is no better monitoring than with my beloved Neumann KH 310.

What made you feel that the timing is right for a long-player? What’s its narrative story behind or is it rather a compilation of previous productions?
Watergate asked me to do an album, which would be also the first long-player of Watergate Records. I liked the task and had already a vision of sounds in my mind for Apophenia. Basically, the tempo is fixed on 123 BPM. Every track was exclusively made for the album, incorporating different moods and styles, but having a common feel at the same time. I did more than 20 layouts during the coherent working process and jammed to create an unique Apophenia sound universe. I exchanged ideas with friends as well as the Watergate family and focused later on the best ideas that I worked out over weeks. The first jam session was the basement, though.

Your album features collaboration with artists like PillowTalk, Justin Evans and C.A.R. amongst others. C.A.R. in particular had a big hit with ‘Idle Eyes’ last year. Does working with such successful artists exert pressure on the process due to the high expectation level?
No pressure. I was afraid, that people not going to like my layouts, but I wasn’t worried that I fail with producing or something like this. I got lucky that every featuring was a success for me and it was much fun working with those talented guys.

What influenced the allocation of remix duties for upcoming EPs? Generally speaking, do you think that some tracks should not be remixed?
I don’t think there is no track which needs a remix desperately and at the same time, I think there is no track which is better to not remix. It’s all upon the ideas artists to work with my stems and bring the original to another level. Generally speaking, most remixes are shit. Frankly said, there are far too many around.

How important is social media, video and the selection of the right distribution company for music promotion nowadays?
It is so damn important. Techno is becoming more and more commercial, so it needs more and more marketing, adverts and stuff to get a proper listen to the people. I would love to make more music, while writing social media and posting funny pics. I mean I like it, but it’s annoying to loose so much time in the studio, when thinking about campaigns and how to get more fans.

What’s next for Ruede?
Can’t wait getting back to studio, there is a lot touring at the moment and I miss the studio every day. But there is a lot of stuff coming up, remixes, singles, a new The Cheapers EP, a new techno project together with Marco Resmann and another indie album with my buddy Justin Evans, with whom I founded my band ‘The Noblettes’. I need to buy some time, I guess, to do all the things I’ve planned for 2015.

Ruede Hagelstein’s album Apophenia is out via Watergate Records since April 4th, 2015.