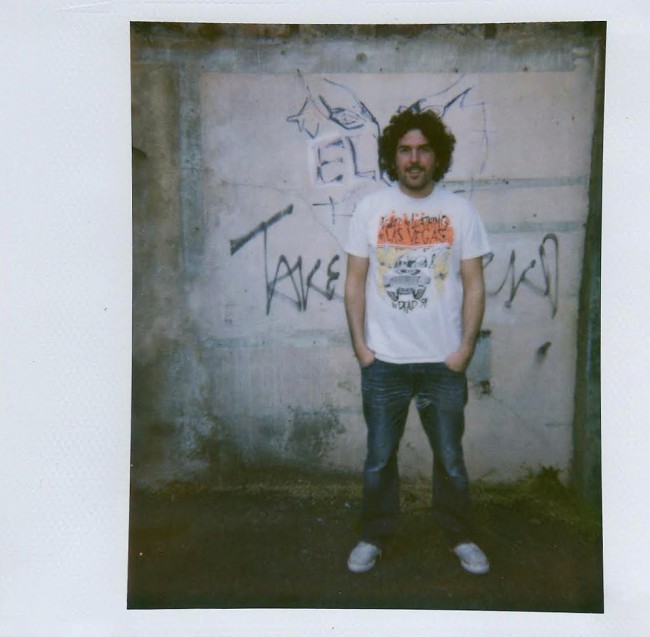 Jonny Rock succeeded the balancing act of playing an important role abroad without losing the connection to his native soil. Being close friends with London’s Classic Records camp, he played legendary residencies alongside of Derrick Carter, Luke Solomon and Kenny Hawkes (R.I.P.) and enriched Phonica record store with his musical knowledge and charisma behind the counter. We caught Jonny Rock during his stay in Istanbul for an EDHID chat.

Hi Jonny! When was your first contact with music what role did it take during your adolescence?
I would say road trips from Ankara to Zonguldak and Barış Manço cassettes in the car.
There was the eight-track format before but can’t remember what was on it; was more amused by the car turning as the wheel turned.

You held legendary residencies at London’s dance institutions playing alongside Derrick Carter, Luke Solomon, Jesse Rose and many more. Would you underline a special club at which you learnt the craft of DJing, i.e. bending an arc of suspense over the night?
The one club was Plastic People at its first location on Oxford Street. That’s where I went to school every Friday. Another important spot was also Space at Bar Rumba for midweek evening classes (editor’s note: hosted by Kenny Hawkes (R.I.P.) and Luke Solomon).

How did you join Luke Solomon and Justin Harris’ Freaks Project as a guitarist?
I was the third non DJ resident at Space every Wednesday so the foundations were build there as heads united. It came out that I could do sum guitar licks, and I was hijacked to the ‘Washhouse’ studios. In the context of the album A Man Who Lived Underground, there were requests for a live show so, the muppet show started.

You are a passionate crate digger for all kind of music and ‘60s & ‘70s Turkish psychedelic music in particular. Did you ever try to emulate the guitar riffs of these records?
Big time. Some crazy shit comes soon!

Did the international awareness for these 7inch gems increased since domestic hype years?
Man it’s crazy. I’m ending up doing b2b jams with dudes from Cali and they drop schizz that shows they know the bizz.

What about your studio set-up? Do you have a favourite analogue gear that you use at every production?
My guitar… is that analogue? It’s definitely electric. My scissors do help with the edits, too.

Does the sound aesthetic of your alias Oldschool Rider (OSR) differ from your releases under Jonny Rock?
Not really. OSR is more the bootleg attitude towards oldschool house / disco grooves.

You are also editing Turkish 7inches under the moniker Afacan Sound System. If you could choose one 7inch hypothetically that you can re-record completely, which record would it be and what memories do you associate with?
It’s coming… Don’t wanna be a party pooper and spoil the surprise!

Based your on your experience of working in a record store, do people appreciate again the pre-selection of stores in times of mass releases?
If u find the right person to give you that selection yes. I definitely do. I tried to live for the good side of the cliché of the record store staff where I tried to help the best I can with a smile to each and every record fanatic that came my way. I have now a lot of friends that I exchange knowledge and hugs from that period.

How important is social media, video and the choice of right distribution channel for labels nowadays?
It’s all fucked up. Don’t really know what to say really. Whatever I do personally, I take it to shops myself personally. It has worked out — or for me — so far. There is a bucket full of ‘but’s somewhere behind the door but can’t locate right now.

What’s next for Jonny Rock?
More rock star entertainment in locations that has like-minded people. More studio. I’ve been munging some beats with Luke lately that’s been a lot of fun and the other stuff that we talked about above. May be a Turkish disco comp paired with Iranian disco on a double 12inch but it’s early stages yet.

Rock is and always be rockin’ (smiling).