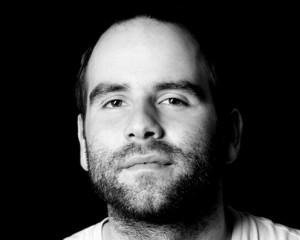 Born in Ruedersdorf, Ruede Hagelstein landed in Berlin at the young age of 21 where he started to write for local magazines and established a forum for Berlin’s subculture. Trance System Division’s “Ypnotic Source”, his first bought record, motivated him to initiate a career behind the decks that levered up significantly with his highly successful release Dog vs. Dog on Lebensfreude Records. “Wave” was featured at Sven Väth’s The Sound of The Sixth Season and also Kompakt’s Michael Mayer gave credit to his productions. Hagelstein plays regularly euphoric sets at Berlin’s Watergate, even at low ebb, since 2006. Occasionally, you can also catch him playing together with his studio partner Fraenzen Texas under the moniker The Cheapers.

Ruede Hagelstein plays Wake Up Call Istanbul on 18 October 2014. Let’s fire it out!