Chat with Ali Gültekin on 29° E 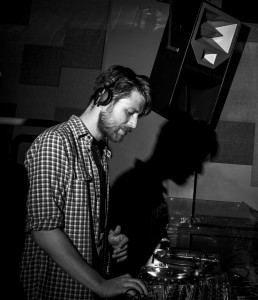 Influenced by hip hop artists like Beastie Boys, RBMA alumni Ali Gültekin’s musical focus experienced its first ‘Sabotage’ by an insistent friend and club kid who played to him Ian Pooley’s second album Meridian in the late ‘90s. Pooley’s approach of blending breaks and straight 4/4 beats inspired Gültekin to explore this until then, uncharted path of electronic music that pays significantly tribute to the musical heritage from Chicago and Detroit. As his hometown bridges the Eastern and Western World, he and like-minded friends decided in 2008 to launch an intercontinental imprint in the form of Sublime Porte. As we like his musical taste, we took the chance to have a chat with him supplementary to his guest appearance at EDHID’s DOGMATIC radio show on Dinamo. Enjoy!

Where and when did you have your first contact with electronic music?
My very first experience of listening consciously to electronic music was in 1999. Cenk, a friend of mine, gave me Ian Pooley’s second album Meridian which was released in 1998. I recall how insistent Cenk was at first. Retrospectively, I think he was looking for a companion who joins him at his journeys from the university dormitory to clubs. However, his approach was right since I was listening mainly to hip hop at that time and this Pooley album included breaks as well.

Can you pick five out of your all-time electronic music favourites and what do you associate with them?
It is always hard to pick from dozens of classics and personal choices. The selection below includes some of my favourite records that I enjoy to listen at a good and loud sound system.

This is the ultimate club track and DJ tool. You can blend it really well with other records.

This is one of those rare remixes that are better than the original. It has a great arrangement and the way Quentin Harris uses the vocals is amazing. You will agree after you have compared it with the original.

This grabs you right from the very first second. I have the single and two copies of the album. In my opinion, it’s a must have for every techno nerd.

This was originally released from the Austrian label Grow! in 1998. I used to know the movie with Humphrey Bogart from which they sampled the vocal line. Well developing deep tech track.

This was re-released a few years ago. You have to listen to it loud!

Which was your first record bought?
My dad used to have some pirate tapes that you could buy from special stores at that time and I remember that I was not even allowed to touch them. The very first record I bought on my own was Beastie Boys’ ILL Communication.

What brought you to do DJing?
I spent few months in Ankara where you didn’t have so many things to do at that time, thus we were listening to a lot of records and talked about them. Around 1999, only few people were playing house or techno. I wanted to fill that gap and started to educate my ears for techno but I still played weird stuff occasionally. I think it was around 2001 before the typical minimal sound out of Italy became popular. I tried to accumulate an eclectic archive and at a certain time I felt that I should share it with the people around me. My main goal was always to make something related to music.

Do you produce music on your own or do you collaborate with other artists in the studio?
I mainly produce on my own and enjoy creating certain things to a decent level but I frequently quit recording without saving the project. I have lots of loops and recordings but nothing close to the finish line. I may focus more on producing over the next years. At the moment, I rather love to work, discuss and share experiences with other musicians. Apart from that, Ismail Genc, who is very talented producer, and I collaborate occasionally in the studio.

You attended Red Bull Music Academy in 2006. Which lecture was the most memorable for you?
Most of them were really good but the most memorable one for me personally was Daniel Wang. I didn’t know much about him before and just had listened to some great tracks and mix tapes of him. Experiencing his story right from him personally was quite remarkable. Hence, I would say the lecture with Daniel Wang was my favourite.

You co-founded the label Sublime Porte which is an expression that used to describe the main entrance of the governmental facility of the Ottoman Empire or being even a metonym of the same. What motivated you to start Sublime Porte and how was the feedback for the first releases?
I partner with Ismail Genc at Sublime Porte. We launched the label with Okan Coban who passed away last year. We are not one of those Neo-Ottomanists though; at the time when we were working on the initial steps of the label, I came up with the name mainly because it is associated with Istanbul and I thought it would also be easy to remember. Our aim was and is to use Sublime Porte for supporting music producers we like from Istanbul as well as worldwide. It was actually great to find out that some of our favourite producers were following us and to receive that nice feedback across the world. We don’t do PR, we don’t shout out loud. We just always wanted to share what we believe in music, sound, vibe or however you want to call it. We are not really known in Istanbul. We have been sending our hardcopy releases rather to everywhere from Japan to U.S. but just one or two orders came from our own town actually. I leave it up to you if this is a good or bad sign.

Which art comes second for you after music?
Cinema; I hope one day I will be involved in a good moving picture.

What can we expect next?
Don’t know about the future but right now I’m waiting for a test press of a vinyl. There is also a new, Istanbul-based label called Petra Digital and I’m talking with the label founder Eren Erdol about how we can collaborate. I really love their work so far and their first release by Kerem Akdag, another talented producer based in Istanbul, is so good. We are really open-minded about teaming up with other collectives who share our vision.