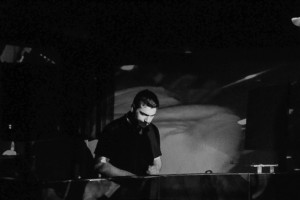 We caught one of the protagonists of Istanbul’s dub techno scene, Ismail Genc or better known as Havantepe for our EDHID SHORTCUT series.

Where do you feel home?
At a certain place were the distance between my family, my friends, my work and my studio is the shortest. Right now it is Sariyer in Istanbul.

When was your first contact with music?
I don’t really remember my first contact but I have memories dating back to 86 or 87 when we lived in Germany. My parents used to listen to WDR (Westdeutscher Rundfunk) in the morning when they aired the programme called ‘Köln Radyosu’. I recall how I tried to identify the instruments/sounds I heard and the strange harmonies of Turkish classic and folk music. There was always a bit of sweet melancholy in the morning during that broadcast.

Which was your first record bought and what memories do you associate with it?
My first consciously bought record was Naughty by Nature’s CD single of ‘HipHop Hooray”. I really liked the drums and listened to it a lot with my brother who had already a collection of cassettes and CDs. I was proud of it because it represented the start of my own collection.

Do you collect vinyl? If yes, which is your favourite record store?
Yes I do, however, not as much as before. I used to go to kodmüzik back in the days. There were some other record stores but they didn’t fit my taste. Now I would say DeForm Music, Kontraplak and Analog Kültür. But if I want to buy something really fresh and new then it is mainly Juno. It would be really good if decks.de finally decides shipping to Turkey one day.

What brought you to do DJing?
The simple thought of ‘continuously listening and mixing the music I like’.

When and what was your first mix?
Around 1998-99 — a mixtape for myself including a lot of diverse genres.

How would you describe your style?
Detroit/Berlin-influenced minimal techno and a little bit of Mr.G style classic tech house.

Which medium do you use to play?
Vinyl, CD and lately USB as well.

What are your favourite spots to play?
Wake Up Call and Pixie.

Which record is your secret weapon?
It depends, but I would say Parallel 9’s ‘Dominus’. Played it a lot recently.

What is the best and what is worst thing about DJing?
Meeting and connecting with people, sharing the same vibe, listening loud to good music and of course free drinks. On the other hand, there are also mood killers like having a lot of uninterested people/misfits wich don’t belong to a club but rather to a kindergarten, a bad sound system and of course the back-ache after a long night.

What is your personal hangover killer?
Double cheese toast and bananas (smiling), lots of water and a good movie.

Which art comes second for you after music?
The art of staying alive. Apart from that, I would say cinema and everything visual.

What comes in your mind when thinking of Istanbul?
People, traffic, grey, problems, solutions, friends, family and the view of the Bosphorus.

What can we expect next?
Some remixes and single tracks but no new EPs for the near future because I am currently working on different projects. It helps me to take a break and concentrate on new material, though. I am thinking about a Havantepe album for next autumn or winter and there is a lot of unfinished materials that need my attention like a Sublime Porte LP together with Ali Gültekin (including some unreleased material of Okan ‘Randoman’ Çoban (R.I.P.)) for our eponymous label, a follow-up to the Derivate EP, collaborations with my buddies Batu Güler & Arman Akıncı for Vortak and of course with Dubatech / Fatih Tüter.